Did your child have an issue changing formulas?

I have a question for all the mom’s who have been on formula… I had to recent switch from made formula to now powered formula,cause of the shortage I could not find my daughter all ready made kind, she is on special baby formula cause she was a month early… my daughter now healthy 3 months old…How did your child take it? Did they notice a difference in the milk or mind it at all… thanks

Help a mama out and respond anonymously on our forum. Did your child have an issue changing formulas?

It really varies. I have several kids and each were different. Some were easy to give pretty much any formula, others only took breast, and some HAD to have a specific brand and got very sick when given others. Best thing to do is to try slowly switching. Watch for signs that it isn’t working out (more vomiting, irritated more like tummy ache, sometimes constipation…so on)

Ive read that it is better to stir the mix rather than shake it.

Nope. We switched a few times until we found the right one after I stopped bf. AR similac was where it was at! Then we found Walmart brand and target.

I switched between 2 brands and never had a problem.

My daughter was born premmie - 3months early…
Being that premmie she was unable to ‘latch on’ for breastfeeding… I chose to express my milk for the first 8months.
Soon after I swapped to formula and ofcourse wanting the best for my child went for the top of the range with S26 GOLD…
Didn’t have any problems swapping from breastmilk to formula with bub! But soon realised as a single mum I just couldn’t afford the top of the range anymore… I swapped between a few different brands and ended up using the Aldi Brand Tin Formula!
SERIOUSLY THERE’S NO REAL DIFFERENCE (if you actually take time to read the ingredient information chart on tin)

Just a little heads up (as I did find this to happen occasionally when swapping for the first time) If you feel bub is getting a little constipated - add a thumb sized amount of BROWN SUGAR to the formula and water when preparing bottle! It’s an old wives tale - but boy it works 100%

Brands don’t matter really. I switch between brands all the time but always the sensitive one. When I switched to another color that’s when my baby has an issue.

My son when he was born was on Similac in the nicu but they switched him cause he couldn’t keep it down. They put him on similac pro sensitive. Once we got home we put him on similac advance pro 360 liquid but his stomach can’t handle it. He can’t poop on his own so they switched him to nutramigen. But when we try to fully switch him over all the way he vomits its up. 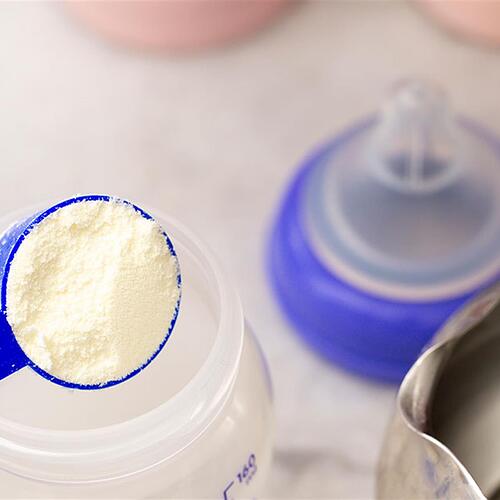 How to Safely Prepare Baby Formula With Water

​News reports have found parents diluting formula to try and save money or feeding water in addition to breast milk or formula. This can lead to a dangerous condition called water intoxication. The American Academy of Pediatrics (AAP) wants to remind...

With my son when he was a baby it would take a couple of weeks to get used to a new formula.