How to get baby to sleep through the night?

My daughter is 19 months old tomorrow. She started sleeping through the night at around 4 months old. Now lately, for the last 2-3 months, she has been waking in the middle of the night screaming. She won’t go back to sleep and acts like she’s in pain/uncomfortable. Even when I have given her a dose of Tylenol or Motrin (pediatrician advice). She just wants me to hold her and she wants to sleep with me. It’s not every single night though. It is very sporadic (every other night or every couple nights). Teething has been suggested as a reason but could it really last that long and be that sporadic? Help?!

Does she have her molars yet? They might be pushing through.

Could be growing pains or nightmares. If it keeps happening though, I would take her back to the doctor.

night terrors? mention it to your doctor

She could be having night terrors

It could be a type of sleep regression or nightmares 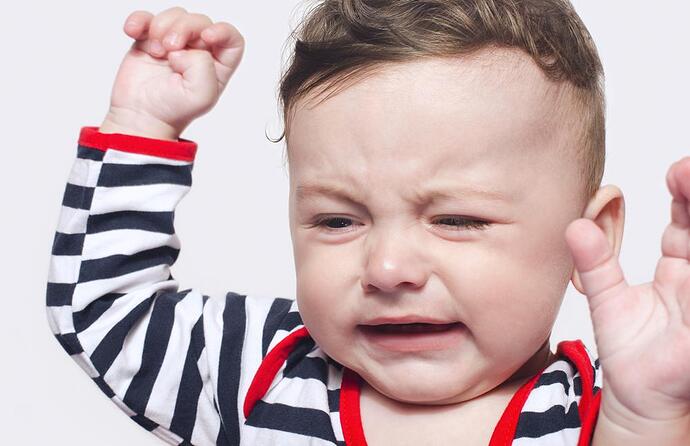 Possibly sleep regression. My daughter went through one around the 16-18 month time frame. Honestly, I don’t really have much advice because we just dealt with it.

It could be nightmares all my kiddos did this. They would be sound asleep and start crying in there sleep. The doctor told me not to wake them as it would scare them even more. I would just lay beside them and put my arm across there stomach/ back . it helped. I would talk too them until they awoke and or stopped crying. Its a stage most children go through

She could be having night terrors or just normal sleep regression.

My almost 3 year old started this when she was about 1 1/2 and just recently stopped. I always just calmed her and eventually she would go back to sleep she has not done it for a while now. Mainly just have patience with her but also don’t let her think it play time just sit in the dark with her and comfort her

Is she still in a crib.,put a youth bed or a twin matress on the floor so she has no distance to fall. worked for one of mine.

Yes my is doing the same thing and we are almost sure it is teething and he had 103 fever’s too. Some kids just teeth really bad.

That has been our exact problem. Sometimes I think she has inherited my tendency to nightmares (which breaks my heart). She does still have some issues with acid reflux. No matter the issue, it’s killing Mom!

Nightmares, my grand did that and thats all we figured out, she grew out of it

Sounds like night terrors my first son whos now 10 had it from 18 months until he was almost 3 and my 4th son just turned 2 in may and he has it as well. I always comfort them in there sleep till they calmed down. Their doctor said never to wake them during an episode

Yes it could be teething

My son started that in September last year found out that November he had sleep apnea hed wake up screaming an want next to me as well.

maybe, she’s waking up when her brain registers “gotta pee” and it’s an unfamiliar brain-message - until she learns what that feeling is, and wakes up for the toilet.

Sleep regression all 4 of mine had it around then. You just got to ride it out. Don’t put her to bed overtired and try rocking or maybe let her fuss a bit to fall asleep. It passes

Growing pains can be very painful for a child that young.
Bad dreams? Maybe try a night light to help her? Stuffed animals works wonders, no matter the age!

My first thoughts were separation anxiety or night terrors.

My guess would be night terrors. My niece had those when she was around that age.

My 22 month old does this. Started at about 16 months. she will be half asleep screaming in her bed and walk down the hallway crying and climb into bed with us and go right back to sleep like nothing’s wrong.

It could definitely be teething but it could also be night terrors. 2 of my kids went thru them. They suck and are heartbreaking.

Make sure she don’t have an ear infection

My husband says yep that’s teething. He said teething can do A LOT of weird things.

Yes those molars take a while to come in. And it might be pressing against her ears too-pressure

night terrors my 2 year almost 3 year has them everyonce in a while.

Around 18 months babies start to realize you are separate from them. It can cause separation anxiety.

Just hold her, I have this with my nearly two year old, sometimes she sleeps in her cot but when she has these nights I keep her close x