How to get pregnant with PCOS?

Seeking advice on TTC and PCOS

Are there any moms out there who struggled with TTC that have been diagnosed with PCOS? Are there success stories? Any advice? My husband and I have been trying for nine months now, and I’ve been recently diagnosed. It was a shock, and my heart is shattered. My appointment is on Thursday to start fertility meds, and I’m just looking for a little insight in the meantime. Thank you.

I heard these help you concieve even with pcos,
I’m gonna try them I had the paragaurd IUD and removed it in june and having no luck rn

Also these, my friend had trouble getting pregnant then used these products

I have PCOS. My husband and I tried forever to get pregnant and then we went away for a weekend where we just relaxed. We didn’t try we just calmed down and I found out two months later I was pregnant. Stop trying and just relax. It’ll happen. Keep praying.

We tried for years. Finally went to a fertility clinic and they told me to buy myo inositol (I got it on amazon) and they started different fertility meds. Took a couple of more years but u conceived with femara. Been trying again for number 2 with no luck yet. When I got pregnant with my daughter though I had actually given up, so I wasnt even thinking about it when she was conceived. It’s not hopeless, but it is a journey.

I know 2 people that have struggled with Pcos and they’ve both successfully had children! the biggest thing for both of them was losing weight, they both conceived when they lost quite a bit of weight

I don’t have a lot of advice, I don’t have either of those but my sister was diagnosed with PCOS in her teens and just welcomed a beautiful baby boy in March. She started following the keto diet as she heard it could help with fertility and it took her a couple months but she got pregnant. She never took any fertility meds and got pregnant by just doing low carb, if you want to look into maybe something like that. I’m currently in a couple groups on Facebook and there are tons of stories of people getting pregnant who tried for years that have PCOS 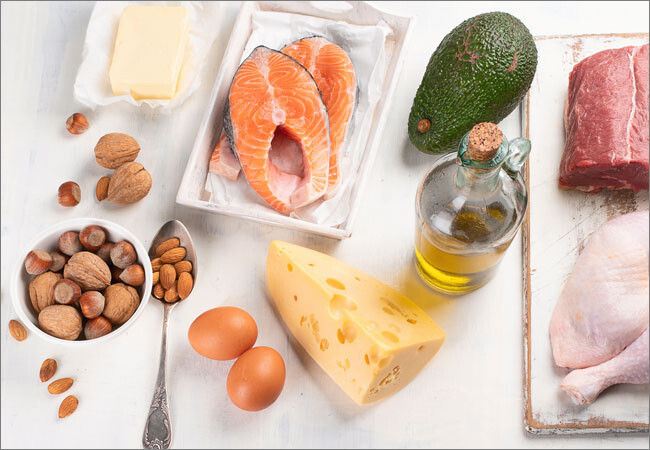 Study Looks at Ketogenic Diet to Treat PCOS and Infertility

I have pcos, we tried for 5 years. Then finally our son came. He is two now an have another boy our

is due in dec. Never give up hope.

I conceived my first on Clomid, but my last 2 were natural. Don’t give up hope :]

I was diagnosed with PCOS at 15 and told that I would have problems TTC. I got pregnant at 18, avoided pregnancy for several years. When attempting to have another, I wasn’t able to and tried for 6 years until one day out of the blue I got pregnant and have been pregnant 2 times since. I think before I had my 3 year old I had a crazy period and possibly cleared a fibroid. Never did take metformin or clomid or anything. 1 miscarriage I’m pretty sure due to lack of hormones.

I dont have it but I have friends that it and they got pregnant! So don’t give up hope! It will happen when it needs to happen

I have PCOS and once I stopped trying my little miracle baby was born.

My friend has PCOS. Her OB put her on medication to help conceive and she did. Miracle baby was just born!

I was diagnosed with PCOS as a teenager. Currently 28 weeks with #2. It may take time but it will happen. Stay positive. Stress doesn’t help.

We tried for 5 years unsuccessfully. Finally my gyn agreed to put me on fertility meds, clomid and provera. 6 months later I was pregnant. Then 4 years later same thing.
The clomid and provera were the only way I could get pregnant. If it didn’t work we were going to adopt because IVF and IUI are expensive. There is a risk for multiples.

I have PCOS. I used clomid for my first two and femara for my third. My first took about a year. I got pregnant the second time on the first round. With the femara it took about six months. Then I got a big surprise! I got pregnant with my fourth without anything.

I was diagnosed with pcos after my first born, it took several years but I did conceive without any help from dr or fertility treatments. I did lose a bunch of weight right before getting pregnant with both of them, and I have not gotten pregnant during my heavier times. I did also have two miscarriages, one before my first born, and one in between them. My two girls are my success story.

My good friend has PCOS and had two babies rather quickly with no help. They are healthy little girls. 9 months is awhile in terms of wanting to get pregnant but I’m surprised they are jumping right to fertility drugs at this point. A friend recently had a baby via IVF and doctors suggested trying minimum 1 year and exhausting several other more natural methods prior to drugs/procedures. I suppose every case is different though.

I have had 3 now with this.

I have PCOS. We tried to conceive on our own for 2 years went to a fertility clinic was on different medications for a year before we got pregnant. Clomid didn’t work. We got pregnant using femara on our first IUI attempt. Don’t give up hope. Good luck

I have PCOS. My daughter was a happy accident somehow. My son took 4 years. We’ve been trying for a year. It can happen. It’s just difficult sometimes

Did you get a HSG test?
It shows if your tubes are blocked or not.
I’d start there b4 spending money on meds that might not work

I was diagnosed with PCOS when i was 19… I cried like crazy because i wanted always at least 1 baby! I was with my ex for 5 yrs off and on…(i was with him when i found out about the PCOS)… We didnt use protection nor were we same any other way… I was on BC for a littlw while but got off and nothing… Then when i was single i wasnt the smartest/safest but i didnt have even a single scare of being pregnant… My fiance and I have been together now for 2yrs… We didnt expect anythin to happen, i was on birth control for a little while in the begining of our relationship, so we didn’t use condoms… I eventually took myself off the birth control(which was the pill) and about 5 months(guessing💁:joy: lol) later we found out we were having our son who is now 5(going on 6 months)