How to treat constipation in kids?

Hey mamas, so I’m looking for any tips that may be able to help, my little one is almost 8 months old and he’s been constipated, here and there a little hard nugget will come out, but he just seems uncomfortable and he’s extremely fussy, I’ve tried what the doctor has told and basically a q-tip with olive oil, leg movements, prune and nothing is working, so just wondering if there’s any thing else I can try? Thanks!

A tea spoon of dark karo syrup in the bottle works!!

My daughter has had this issue since birth and is now two . The specialist told me to put miralax ( 1 baby formula scoop) in her bottle at that age .

My daughter has had this issue since birth and is now two . The specialist told me to put miralax ( 1 baby formula scoop) in her bottle at that age .

A tsp. Of Karo syrup in his bottles…we were told by pediatrician to do this…

we had to use glycerin suppositories with our youngest and miralax

Try a teaspoon of Karo syrup in his bottle. It works with my lil one everytime and the doctor said it’s perfectly fine to do this

Water! Lots of water. That’s the only thing that helped my daughter besides peaches baby food

I did dark Karo syrup in my children and grandchildren bottles. Works great

I remember giving my son suppositories- cutting off a little piece of soap and popping it in his bum only for him to poop it out seconds later. Doc said it was to stimulate his sphincter muscle and he pooped. He was constipated from the iron in his formula - hope you get resolution

I give my kid one of these but with peach or pear(peach and pear help you poo along with prunes) for lunch and one with supper if he’s constipated and he always has a nice poo the next morning shortly after waking up. Sometimes just the one at lunch will do and he will go poo before supper.

Karo syrup. Light. About 1 tableapoon in each bottle till it passes

Give him a teaspoon of brown sugar in his bottle, but also get him checked out

NO MIRALAX! Tremors, tics, obsessive-compulsive behavior, neuro-psychiatric problems have been associated with Miralax! This drug has never been approved for children. It’s on the label! Please join the Parents Against Miralax (PEG 3350) group for more info and natural ways to resolve constipation. 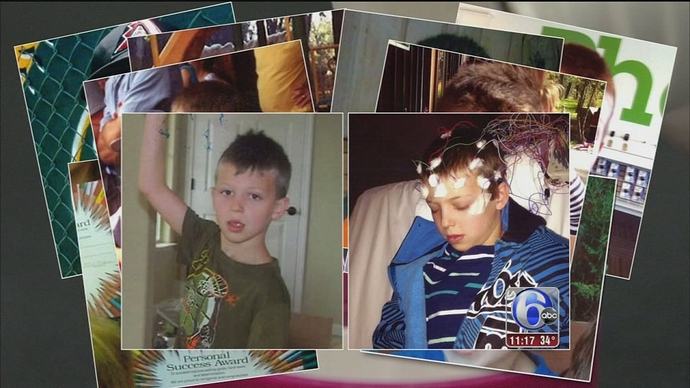 Could a common over the counter medication be sickening kids? 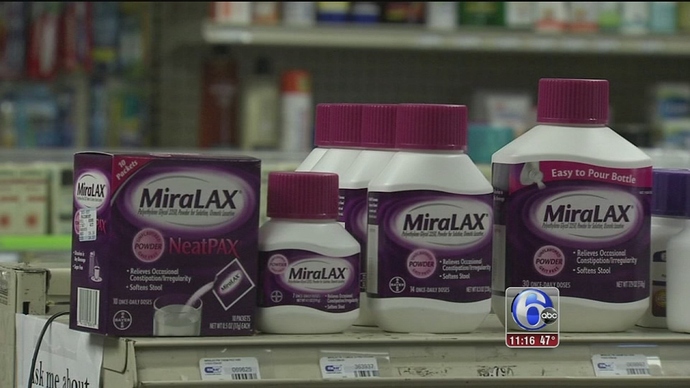 An Action News Investigation making national headlines has revealed parents' concerns that a popular over the counter medication is sickening kids.

Feed him 2 packs of Gerber pears and then one a day.
Or you can ask you dr about miralax my son had to take it everyday. You can adjust the dose accordingly. Nothing but these two options worked for us!

Light karo syrup added to his milk. About a teaspoon. Worked great for my son

Sometimes formular has iron-that will constipate babies,talk to your Dr about changing it or water

Glycerin suppository works e every time. I would use half of a baby one.

Drink more water if can . if breast feeding it could be what you ate.

We just went to the doctor for the same thing. We were recommend milk of magnesia (one half tsp to one tsp) in the morning until he is regular again. Worked like a charm!

I knew someone who could make any child go within hours just by doing foot rubs! People used to visit her toy shop just for the foot rubs, and she was happy to oblige, I wish I’d learnt her trick!

I could only have my hubby n mom in room. Just tell the nurse and they’ll say only whoever you want.

Mine said a little bit of mirilax if I notice he is having a hard time. I had to give mine juice before I wanted to because of this too.

Do they still make Ivory bar soap? My sister use to have the same problem and her Pediatrician said to shave a sliver of Ivory soap and use it like a suppository. Worked every time. But water on a regular basis will help to keep your baby regular after that.

Apple juice diluted if not something they normally drink and some apple juice. And a warm bath. Let the baby play.

A little tsp of olive oil…my mom swears by it. Has used on kids she care for. Almost 30yrs worth of happy baby tummies cant be wrong

I used apple juice on my son.

Prunes and squatting. I would sit my daughter on my lap in a squatting position…made her giggle and laugh and it worked everytime. Got things moving lol

They make baby suppositories check the age or with your dr. You dont want to give baby diarrhea as that can dehydrate him

Small amount of Karo syrup or pure honey. Not the fake stuff.

Benofiber in his bottles. It’s just fiber can’t hurt them. My son has a lot of problems. This helps

Water. He needs water. My 8 month old drinks between 2& 6 oz daily on top of her breast milk

My son went through the same thing up until he was 2. They found out (finally) that cows milk was the reason. He’s been on almond milk ever since & he gets a cap of miralax every few days and he’s fine now.

Karo syrup the dark one. One tsp

The light colored Karo syrup has worked wonders for my LO. He always goes within a few hours of taking some. And he loves the taste.

My doctor suggested mango, pineapple, prunes, raisins to help fight constipation and help them go. Then watermelon to help keep them hydrated because getting them to drink plain water can be difficult sometimes. Otherwise watered down apple juice and prune juice are great!

Suggest miralax to your doctor. That was the only thing that helped my son. He used to cry when he pooped cause he had hard nuggets and would get so constipated. Miralax has helped him a lot.

Gripe water and baby lacitives worked for my oldest and youngest

Also a warm towel on tummy will sometimes help

Baby probiotic drops. Gerber has some that work amazing for my son! 5 drops once a day in his bottle. It’s alil expensive but they last a month…mommy’s bliss has some slightly cheaper.

Also a warm towel on tummy will sometimes help

We always mixed like a Teaspoon of dark Karo Syrup in our Kids’ bottles. Worked with all 3 kiddos around the same age as yours.

Miralax, suppositories. My daughter (now five) had been medically diagnosed by a child GI doc when an anterior displaced anus. Surgery wasn’t an option as he said hers isn’t a hugely severe case That she would grow out of. That was 2 and a

half years ago since finally being a diagnosis. The miralax helps!! Suppositorys are a very last resort, we’ve recently introduced a non stimulant, saline laxitive. She intentionally holds her poo in because it hurts her to go like trying to go through a brick wall so she gets really backed up and literally leaks uncontrollably… The best advice I can give, is miralax lots of clear fluid. Good luck mama.

If you need a quick fix, karo syrup does wonders!!

A cup of this every other day works wonders!

White grape juice and I used baby suppositories. However we stated a probodic cutrelle baby 1/2 stick a day and after 3 weeks he started having regular movements.