My Daughter's Aunt Doesn’t Respect Me As a Mother 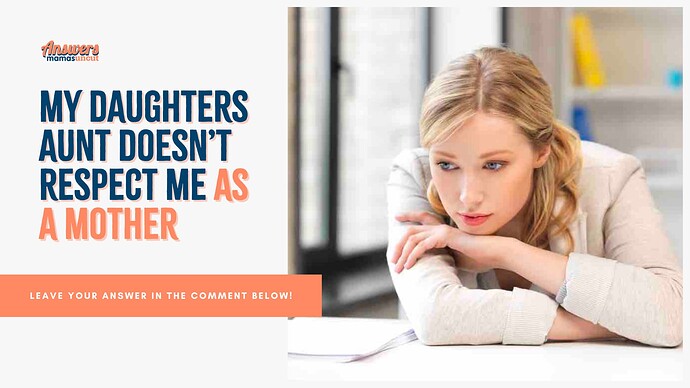 "Basically my daughter's aunt on her dad's side (we will call her Sue) doesn't seem to understand and almost acts annoyed and entitled if I tell her something about our child. We have asked “Sue” numerous times to not have her boyfriend vaping around our daughter cause we don't believe her lungs should be exposed to that stuff and she was born prematurely needing her lungs inflated which has seemed to mean her lungs are weak? She gets RSV almost every winter she coughs even when a birthday candle is blown out near her due to the smoke. Now she used to agree to remind her boyfriend to not do it but it kept happening and it was always right next to my daughter. I would move her away and go take her somewhere far away but “Sue” and my daughter's father would get annoyed or mad that I reacted that way saying I'm the problem so I apologize always and just let it go but every time she invites us over I want to say no cause she literally rolls her eyes and gets an attitude if we say anything. To top it off its starting to also feel like she really doesn't care for my daughter like she says she does…my daughter ended up pretty sick this last weekend and we had plans to go to “Sue” house for a bbq but we messaged her we couldn’t go and she started saying things like “of course you can’t she is just sick it's not the end of the world you agreed to come so come” so my mother said we should go and she would watch my daughter but when “Sue” found this out she became super annoyed again rolling eyes as expected and kept sending us this emoji while saying things like she wanted pictures to post of my daughter but won’t have any now since we are babying her by leaving her home. She also told me she is taking my daughter to Disneyland at the age of 5 whether I like it or not which I'm totally fine I want my daughter to experience Disneyland but I think she should be older and I want it to be on my terms its something I want to experience with her since I haven't even been myself but she says nope its already been decided we are all going when she is 5 on her birthday saying it's her decision and not mine. What do I make of all this? She just seems to want to have my daughter around to cure her baby fever (which she has admitted to) and to show my daughter off as if she is a super active aunt in her life but she isn't. There is no respect for me being a mother and knowing what is best for her but my guilt tells me to just stick it out so my daughter has a relationship with “Sue” I just can't get past all this plus there is more I haven't mentioned that I won't get into much (she knows how her brother treats me is all I will say). I plan to talk with her and my daughter's father this upcoming week but I know they will take the same side and go off on me so I'm scared and don't want to cave… I'm the only one who can fight for my daughter since she can herself but two against one makes the odds feel pretty slim of me winning. What can I do? Am I in the wrong?"

RELATED: Q&A: Am I Wrong For Cutting Out My Sister In Law? 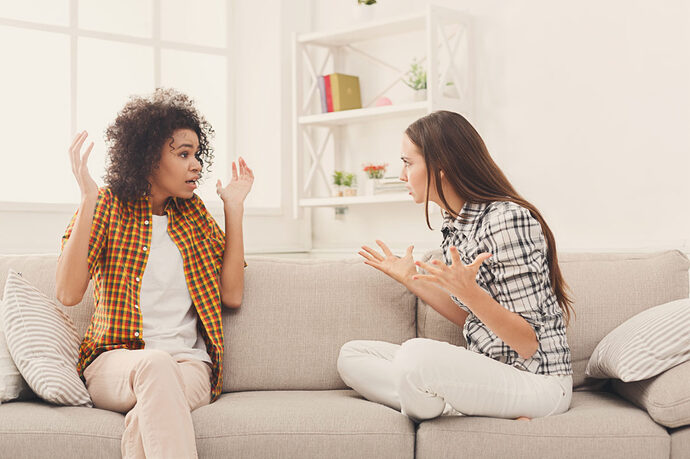 "In the end, she’s just the aunt. Sue can’t up and run off your daughter to Disney. It also is extremely disrespectful to smoke/vape around your child, especially since you have asked him not to. Sue knows your daughter’s medical conditions. If she’s willing to risk her health, she can do it from afar, aka, not seeing your daughter until she wants to act right. It is not unreasonable for you to ask her to respect you."

"The answer is simple: you’re her mother. Your daughter’s aunt either respects you and your rules for your daughter, or the aunt is not allowed to be alone with your daughter! You do not have to allow anyone to do anything for or around her, much less take her anywhere. Step up and stand up for you and your daughter. Sure, the aunt will get mad, at first. But, hopefully, she realizes that she needs to back off. I had to stand up to my mother-in-law, when my oldest was only 6 months old (she’s 18 now). She got mad at first and stayed mad for quite a few months. She cried like a toddler who didn’t get her way. She pouted like a child. She made me out to be a monster to everyone around her. Eventually, she came around and realized that she was wrong and that what me and my husband decide for our children is 100% up to us…and no one else. Don’t be scared Momma. This is your baby, not “Sue’s!”"

"She may be dads sister but she is not responsible for your child. The way she is acting over your daughter’s illness, and the vaping, I wouldn’t let her take my dog anywhere! Period! If your husband can’t support you on this he is endangering her too."

"I think you need to distance yourself and your daughter from her, and possibly from her father as well. He is her parent, and should be sticking up for her and looking out for her best interests, instead of siding with his sister and undermining you."

"Put your foot down and tell her she either follows your rules for your daughter or she doesn’t get to see or spend time with your daughter. Your daughter doesn’t need toxic people like her aunt in her life."

"If you can’t stick up for yourself stick up for your daughter. She can’t do that herself and it’s your job to do that for her. You need to tell them they can’t smoke around her and remove her if they do. Who cares if they roll their eyes. It’s your daughter’s health. And if your daughter's father doesn’t stand up for her and support you then you need to break it off with him. As a parent, he should be protecting his daughter. As far as Disney, you need to tell Sue that your daughter will be going on a trip when you decide and you will be joining her whenever that happens until she is much older."

"I’d tell “Sue” she can fuck right off and if your child’s father can’t have your back he can fuck off too! Absolutely ridiculous!"

"Why do you tolerate this mess?! Be ok with being the bad guy, especially if you’re your child’s only advocate. You can’t put your in law’s feelings over your child’s health. She acts the way she does because she has too much control. I would agree to meeting up in public places otherwise, that’s it. My child will not go anywhere when sick and I will shut her down at the mere suggestion. You have to be mom, your child’s health comes first. If you keep tolerating this your child may soon pick up her nasty attitude."

"You are the mother and you are RIGHT. Now go be Assertive and stand your ground."

My daughters aunt doesn't respect me as a mother Parenting

Basically my daughters aunt on her dads side (we will call her Sue) doesnt seem to understand and almost acts annoyed and entitled if i tell her something about our child. We have asked “Sue” numerous times to not have her boyfriend vaping around our daughter cause we dont believe her lungs should be exposed to that stuff and she was born premature needing her lungs inflated which has seemed to mean her lungs are weak? She gets rsv almost every winter she coughs even when a birthday candle is bl…