My Husband's Mom Constantly Brings Up His First Wife 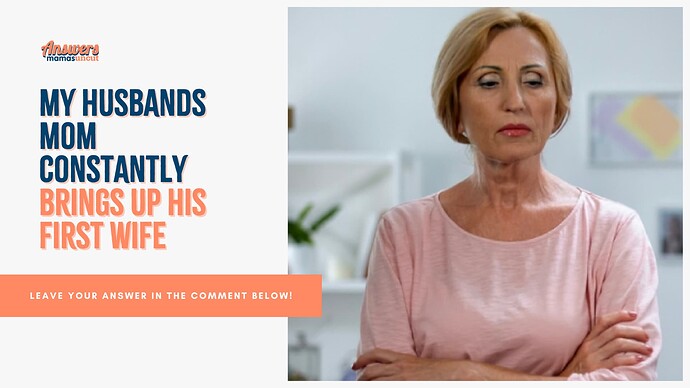 "My husband was previously married before me. His ex wife had a double life and was hiding an affair. She divorced my husband and is now married to the man she had an affair with. However, my husband has kept his wedding ring, photos of them, her number saved, their bride and groom glasses from their wedding & brings up memories of them and stuff they did together. At first he talked about her a lot and their memories and etc. I figured it would die down after a few months but we are now married and he still has kept everything. His excuse is “he’s a hoarder”. Also, His mother has always brought her up every time I see this woman. She will show my husband their text conversations right infront of me and acts like I’m not there. 3 days before our wedding she pulled out his wedding album from his previous wedding. Just very uncomfortable… I almost called off the wedding but my husband did tell his mother that wasn’t appropriate… His mother also has him and his ex wife’s entire wedding album and honeymoon photos on her Facebook page still. I am not a fan of my mother in law due to feeling disrespected… We are also very different but I am always being civil and putting a happy face on. My husband and I just share a child together and she is crossing boundaries stating I need to let my son cry it out… however, he is only 1 month old… he does NOT need to cry it out as he is a newborn. She is constantly making remarks and trying to tell me how to parent. I let it go and never say anything but I’m overall just very unhappy with everything. I constantly feel like I will forever be the “2nd wife” and now my parenting is getting judged. It’s his mother and I would never in a million years tell him to never speak with her but I am now setting boundaries with myself and not going over her house. My husband and I are in therapy and he is trying his hardest but I feel like the damage is already done. Any advice is super helpful!!! FYI- my husband and the ex wife do NOT have children together. There are NO ties between them…. My husband finally got rid of everything after I asked about 20x. I just feel as if all of that should have been gone before bringing me into his life. I truly feel as if he wasn’t over her and might not be still" 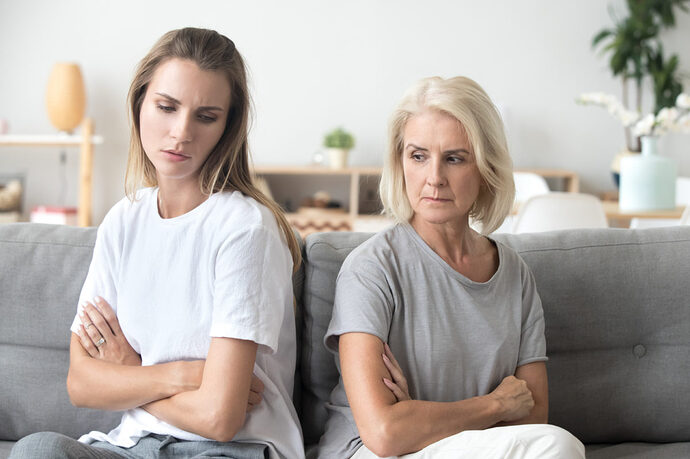 "Tell her to quit it. Ur sick of hearing about her."

"Get your husband to back you up. If he doesn’t, you need to set boundaries with your MIL. CIO on an infant is old school."

"Should have seen the warning before marriage. If he had the things before you should have spoken before a marriage. As for the mother in law you have every right to set boundaries. If you can’t get over the facts he kept things or speaks of a previous relationship maybe you should not be there. Good luck"

"Sounds like he was the victim. It was hard for him to let go and move on. His mom is so wrong. A woman that done my son like that wouldn’t be a good memory for me. All that stuff would had been thrown in a fire."

"Stay away from your mother- in-law and do not allow her to come to your house. Tell your husband of your decision and don’t back down. Yoo don’t need any toxic people around you or your baby. If someone is being disrespectful, you will need to put your big girl panties and put a stop to it."

"People have pasts…but this goes far beyond any resemblance of healthy. I would leave him and his mother to it."

"Maybe he jumped into the marriage with you too soon…its awesome that you guys are in therapy together, I think that’s a step in the right direction…but maybe he should’ve been in therapy to sort out his heartbreak before marrying you. Sounds like he has some baggage he needs to unpack. Should he talk about his ex wife to you all the time? No. He should take your feelings into consideration. As for the mother in law…tell her to butt out. You know whats best for YOUR baby."

"I have pictures from both of my ex husbands and wedding photos. They are called my memories and why should I get rid of them . I am actually close friends with both of my ex husband. My First husband we were kids Seniors in High School when we got married. Second husband we neither one put in the work to save our marriage. My last husband died I with him 30 years. I understand the mother in law and being upset with her purposely bringing up the ex. Let the rest go . He is with you not her"

"Would they have been understanding if the shoe were on the other foot?"

"He may be over her, but he’s clearly still hurt about the whole situation. The fact that his mother brings it up is a slap in the face to you and your marriage. She definitely does not respect it, therefore, my advice to you would be to keep going to therapy with your husband and if he is willing to make it work you should at least try. If it does not work out, at least you can honestly say “I tried everything I could”. As per the pictures in his or her fb page, that is irrelevant, it’s like erasing someone’s past… we all have ex’s and we have have history. As long as he is respecting you and your marriage, that’s all that should matter."

My husbands mom constantly brings up his first wife

My husband was previously married before me. His ex wife had a double life and was hiding an affair. She divorced my husband and is now married to the man she had an affair with. However, my husband has kept his wedding ring, photos of them, her number saved, their bride and groom glasses from their wedding & brings up memories of them and stuff they did together. At first he talked about her a lot and their memories and etc. I figured it would die down after a few months but we are now married …