My Teen Is Addicted To Video Games: What Can I Do? 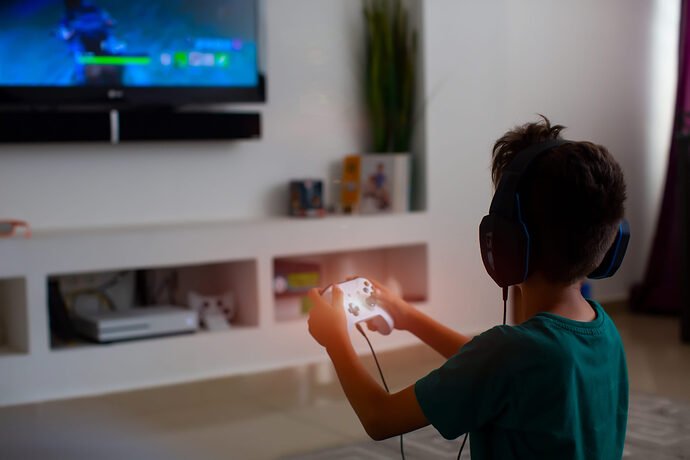 “I’m currently at a loss with my 13-year-old son. I have four kids, ages 13, 10, 8, and 3. My 13-year-old has hit a really defiant stage, and I’m struggling with handling it. He is addicted to video games, and if something goes wrong, he screams and rages. When I go into his room to tell him enough and to shut it down, he says no and starts screaming at me to get out of his room and to screw off. Now, my son is huge, 6ft tall, 250lbs. I’m 5ft2. I’m not going to “make” him do anything, and he knows that. His dad and I are divorced, so on this last incident, I had my parents take him to stay with his dad. His stepfather just feels about done with him because it’s affecting everyone in the house. It scares my younger children. I’m not sure how to bring him back home just to have this happen again. It hurts my heart to send him away from here, but it’s just too much. Any advice on how to handle this?” 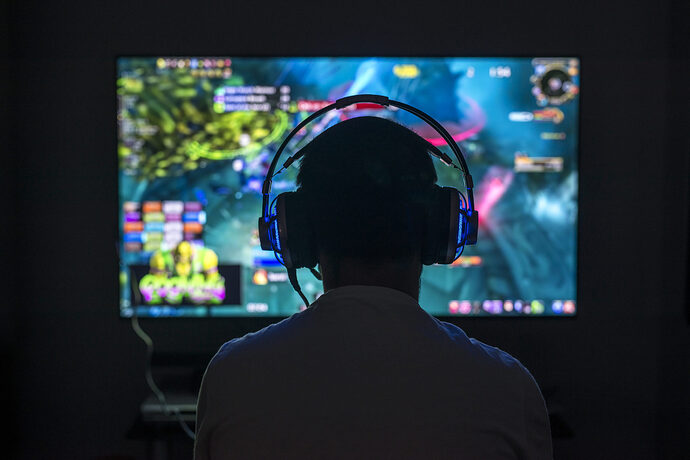 “You are the parent so yes you can “make” him do something. Get rid of the gaming system. If it’s disturbing the whole household, then something needs to change. Make them earn video game time by doing chores.”

“My son is the same age and build, and does the same thing. When he calms down I’ve had talks with him. Discussed how it makes him feel, as well as everyone else in the house. Now when he starts getting upset I just calmly say “maybe it’s time for a 10 minute (or whatever you agree upon) break”. Sometimes it works, sometimes it doesn’t. Bottom line though that he needs to learn is that his size doesn’t matter, no matter what, you’re his mom, and he needs to respect that. Turn the wifi off if the above doesn’t work. Not sure your relationship with his dad, but maybe you could speak with him, and see if he’ll have a discussion with your son about needing to listen to you when your son’s with you.”

“You ARE his mother not friend. If he can’t listen, it’s time to take the system away along with his games. You need to put a stop to this now and show who is the boss. He knows you won’t do anything so that’s why he’s reacting that way. Once his attitude changes for the better, give him a time limit on the video games.”

“Before he comes home, you get rid of all of it. The games. The console. The chargers and cords. All of it. Then you tell him the games and things he has in YOUR house are privileges. And he will no longer have them if he can’t respect his mother and the rest of the family. If he has a problem with it, then it starts with a change in attitude. Maybe some good quality time with mom and the rest of the family will be good for him. Therapy probably isn’t a bad idea either. Whatever you do, you can’t let him rule your house and walk all over you, just because he’s bigger than you. Be the parent. No matter what that has to look like.”

“As a mom of four boys, who is also smaller ALL of them, I’d be taking the system & tv out of his room. Them bring him home. Tell him He doesn’t get it back at all until he learns & remembers it JUST A GAME. Explain how actions ate upsetting his younger siblings & how’s he’s the oldest so he sets the example. & he has to prove he can handle playing games WITHOUT the anger or violence or he never gets it back.”

“Been there, take them away he’s 13, he does not rule your house. Yes he will strop but he will soon realise you mean business. Do not send him away as that only causes more problems in the long run.”

“My son had the same issue with Fortnite. He would scream, yell, break remotes, headsets. We eliminated the game for almost a year and his attitude calmed down immensely. He just recently got it back after we explained rules. He knows if he acts up, it is gone.”

“Maybe, change the WiFi password daily, kiddo can have it when he is being respectful and has to earn it. Most gaming requires WiFi nowadays. With COVID and everything online gaming is much more of a social get together with friends so consider that before just getting rid of it. Just an idea. Hugs mama.”

“My son is 14 he has anxiety disorder……video games are his safe place. I monitor what he plays and who he talks to I’ve educated myself on the games and him on safety as long as he’s not neglecting his life aka school chores food showers we are good he has responsibilities if he doesn’t take care of them the video games are gone till he fixes the issue. This is an agreement him and I came up with together!!! Talk to your kid like he’s human and capable of communicating!!!”

“Take the tv, computer, tablet, phone whatever device he uses away from him & get him into counseling.”

My 13 year old is addicted to video games: What can I do? Parenting

I’m currently at a loss with my 13-year-old son. I have four kids, ages 13, 10, 8, and 3. My 13-year-old has hit a really defiant stage, and I’m struggling with handling it. He is addicted to video games, and if something goes wrong, he screams and rages. When I go into his room to tell him enough and to shut it down, he says no and starts screaming at me to get out of his room and to screw off. Now, my son is huge, 6ft tall, 250lbs. I’m 5ft2. I’m not going to “make” him do anything, and he know…