Should I Let My 6-Year-Old Stay Over Night With My Ex-Husband? 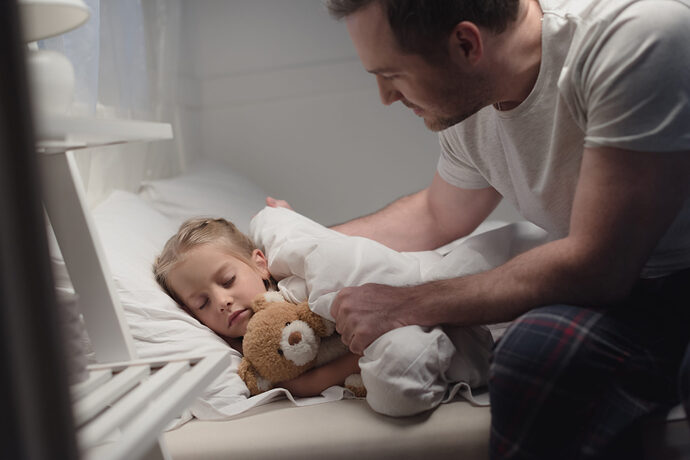 “I have a dilemma. I was married for three years to an amazing man we just didn’t have the same views and ended up drifting apart. We still respect each other, and we have a great co-parenting relationship. My current boyfriend of 7 years and I share a six-year-old together. My other kids with my ex are 8 and 10. They get along great with their younger half-sibling and have never been weird about my boyfriend or the fact that their dad and I split up because we have never had any drama…Well, my ex-husband is taking my kids to great wolf lodge overnight, and he has offered to take my six-year-old (not his child) with them. He really wants to go because his older siblings have been non-stop talking about it, and I don’t see an issue with it, but my boyfriend does…what are your thoughts? It has started causing tension between the boyfriend and me, and I feel bad that my six-year-old is so excited to go but may not be able to…”

“I think it’s great!!! Y’all seem to be doing such an awesome job with the kiddos. I’m sure your boyfriend has issues with it for other reasons than trust. He just might be hurt his son wants to spend time with a guy that’s not him. This isn’t about the adults this is about the kids so I hope your boyfriend comes around!!!”

“My daughter goes with her brother and dad. My husband knows my ex and trusts him. As long as the child is safe and treats your kids great, I would let him go.”

“I think it’s amazing that your kids dad wants to take their sibling with them. Instead of going at the conversation in a black and white manner, ask him why he doesn’t like it and listen, don’t judge. He may feel bad that he can’t take his kid to do things like that, or he wants to be there for the first “big” trip the 6yo takes. I think a mistake was made in mentioning going to the 6yo before everyone was on board, and he may be feeling strong armed into letting him go and that’s causing backlash.”

“Nothing better or healthier for a child to be loved and cared for by both “dads” as it shows love and respect for their mother.”

“I think it was very nice of the ex to offer and if he’s a good guy, I’d let him. He’s trying to be inclusive and considerate and I think that speaks volumes about him.”

“I’d respect my boyfriends opinion, because he’s also his dad. You can’t just disregard the other parent’s feelings because you think he should go. I’d just say that if he doesn’t want your son to go, that he should plan his own father-son day so your son doesn’t feel like he’s missing out.”

“I think that’s really admirable your ex-husband wants to include your child to be with his other siblings for an overnight trip so he’s not excluded. I understand that may be hard for your current boyfriend. I would communicate, ask why he feels like that and explore this.”

“I would sit down and have a talk with boyfriend. Just ask him to see your sons point of view and how excited he would be. Also maybe plan with him a romantic time together while all the kids are gone.”

“I would find out why my boyfriend has an issue with it…he might have a good reason as to why he doesn’t feel comfortable with it. He is the child’s father and has a say in this. If he doesn’t feel comfortable then plan a day where you can take him and his other siblings to do something similar with you all. I think it is very considerate for the ex to invite him and let him have those experiences with his siblings, something you two should talk out and try to make the best decision.”

“I would let him go. I don’t see the issue he’s going with his siblings, he wants to go. If you trust him with your son I don’t see why not.”

“Personally I think it’s super sweet that your ex offered but if the father of your child has an issue, then out of respect for him, I wouldn’t send him. Your child is old enough to understand that his siblings are going with their dad and that’s not his dad so he doesn’t get to go. Hopefully you and your BF can plan a family vacation and include all 3 of your children at some point.”

“The fact that the ex is trying to include the six year old speaks volume of his character. It shows he respects that his kids have another sibling and wants all of them to enjoy themselves without one feeling left out. This is about the children. Kinda have to look at it from both perspectives. The BF gets to take the kids from the ex to do things and probably on vacations and stuff so why can’t the ex? It’s called a blended family.”

Should we let our 6 year old go out with my ex husband (not his father)? Parenting

I have a dilemma. I was married for three years to an amazing man we just didn’t have the same views and ended up drifting apart. We still respect each other, and we have a great co-parenting relationship. My current boyfriend of 7 years and I share a six-year-old together. My other kids with my ex are 8 and 10. They get along great with their younger half-sibling and have never been weird about my boyfriend or the fact that their dad and I split up because we have never had any drama…Well, my e…

If your boyfriend, the kids dad, said no, then it should be no… that is that child’s father, not your ex.

Your boyfriend needs to lighten up, your ex sounds like a great guy including him, I am sure that he would feel left out and a bit of resentment over them going and having fun. He is 6 and his father is still your boyfriend that says a lot about him, doesn’t want commitment but wants control. Let the child go and enjoy the time with his siblings.

Who says it the boyfriend that doesn’t want to get married. Anyway, this is not a question to ask people you probably don’t know.