Am I Being Too Hard With My 16 Year Old Son? 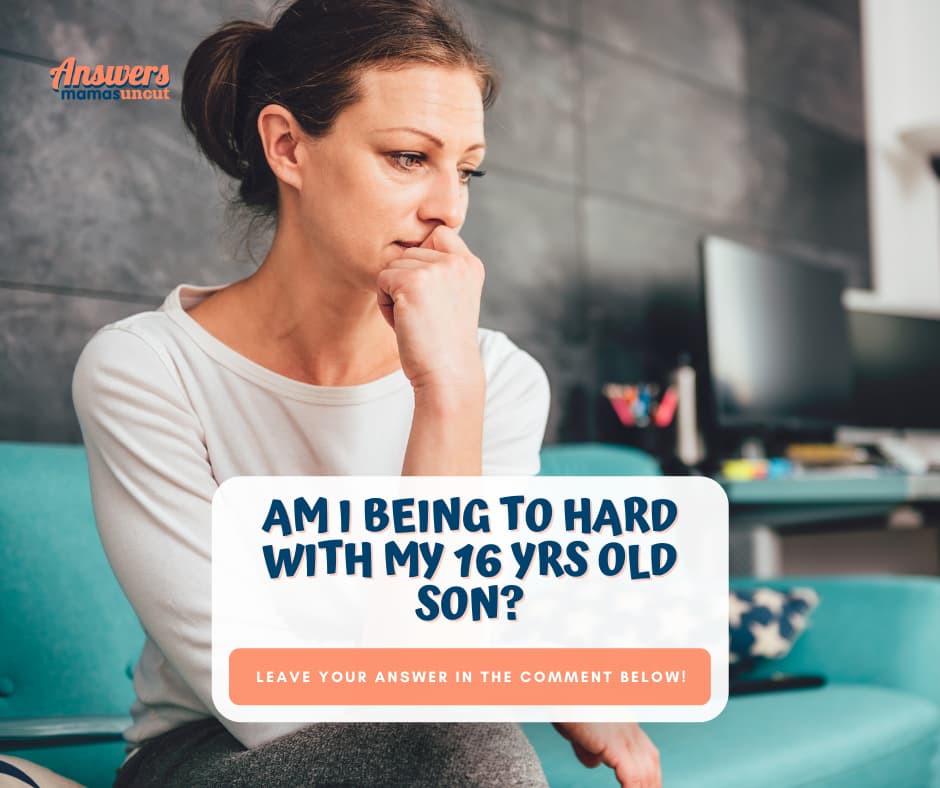 "My son works and goes to school. He’s off from school at 2:30 pm and usually starts working at 3pm … he makes 40 hrs weekly and sometimes more during school break he asked for all those hrs I don’t mind the longest he doesn’t get behind school. He is fairly passing and I’m not hard I know he is trying and he doesn’t like school but it was a condition I gave him that I want passing grades to be aloud to work. My question is here we are moving form a 2 bedroom to a 3 bedroom one for my 10/12 yrs girls the other one for my 7 yr and him and the other one for myself and husband. My oldest asked to have his own room. I told him he can but will be paying for his room a $400 we leave in California and a house rent can be around $3,000 and more and you need to pay utilities, water. And trash. His plans for a car is getting it from a dealership his goal for monthly payments is $350. Right now he does pays for his own phone service $60 and does gives me $150 weekly on his own not because we asked him too do it. Everything else goes to his savings we open a back account for him that he only have access to. He doesn’t want to pay the room I told him it’s ok but he’s 7yr brother will be sharing room with him. He told me that’s a lot and plus he will be paying his car. And that he also wants to keep giving the 150 weekly I told him he doesn’t need to do that but the room rent is a must and if he can’t keep paying then his sibling will be move back in, he got a little upset and told me why does he need to pay for his room I told him that having a own room is a privilege he is giving to himself because we can’t afford to get a bigger place to give each kid their own room. And I understand he needs his privacy but the girls do too and one girl will be soon 13 in a few months. He told me he is only 16 and will be having a big responsibility I told him his having does responsibilities because he wants to not forced. All I want him is to know he can’t depend on us all the time and if he wants things like that then he would have to work for it. Since he doesn’t like school that much and he doesn’t have much plans going to college but only to trade school I want him to know that life is hard… we feed him I take him to school pick him and from work as well on his day off I also take him to his friends house or where they plan to hang for lunch and I don’t asked for gas. I give them rides every where I wash his clothes all that mom duties and as parents. He is not a bad kid he still ask for permission and gets home at the time he is ask if he’s being late be calls me to let me know. I know he deserves it but dads said if he wants the own room pay the room rent and if not it’s find, but his brother will be move in the room… and well he is not very clean on his area on bed either I always struggle having him to pick up his dirty clothes or school backpack I know all kids do that but I don’t want him to feel because he is paying a room he can do what he’s pleased I’m already struggling with him to throw the trash or do his bed simple things, he gets it done but takes forever and a constantly reminder. He does not bad talks to me not once. I know it’s a long paragraph, am I wrong?"

RELATED: Am I Perhaps Doing Too Much When It Comes to Creating a Sex-Positive Environment for My Teen Daughters?

"If he’s paying you 150 a week already he’s paying well over the 400 you are charging him for a room right?"

"I could see if he was 18 charging him money but he’s still a child and the burden of bills should never be on your children."

"He’s ur child not ur roommate, I could understand if he was a grown ass man mooching off you but he isn’t… he’s trying to set himself up for success and ur not helping him by charging money cause your moving somewhere else that cost more. That’s not his responsibility that’s urs as parents"

"He’s already giving you 150 a week that’s 600 a month and your asking for more that’s ridiculous he’s going to school, working and already paying enough at 16 years old."

"He sounds like a great, hard working kid. Sounds like alot of financial responsibility when he is already doing great in school and working. I think charging him is way too much on top of all the other responsibilities he has. You should already be happy he is so responsible and a great kid."

"This is absurd. If he were over 18 and lacked any initiative- maybe. But he’s sixteen, going to school, and working full time!!! It honestly makes me really sad for him. And how can you be after him about passing grades when he’s working 40 hours a week?! Seems like the better option would be for him to cut back on work and you and your husband actually provide for him until he turns 18."

"I think that’s messed up. He seems like he has a good head on his shoulders and your taking advantage of it."

"Just use the $150 weekly he’s giving you to cover it. He sounds like a sweet kid, hard to find that these days. Especially a teenage boy."

"He is already voluntarily giving you $150 a week for no reason he should be putting that in savings. What patent charges their child rent? Put the $150 into a savings account and give it back to him when he moves out!"

Am I being to hard with my 16 yrs old son? Parenting

My son works and goes to school. He’s off from school at 2:30 pm and usually starts working at 3pm … he makes 40 hrs weekly and sometimes more during school break he asked for all those hrs I don’t mind the longest he doesn’t get behind school. He is fairly passing and I’m not hard I know he is trying and he doesn’t like school but it was a condition I gave him that I want passing grades to be aloud to work. My question is here we are moving form a 2 bedroom to a 3 bedroom one for my 10/12 yrs g…

Yes you are, he is already doing a lot then other children would do, cut him some slack