Am I in the Wrong? 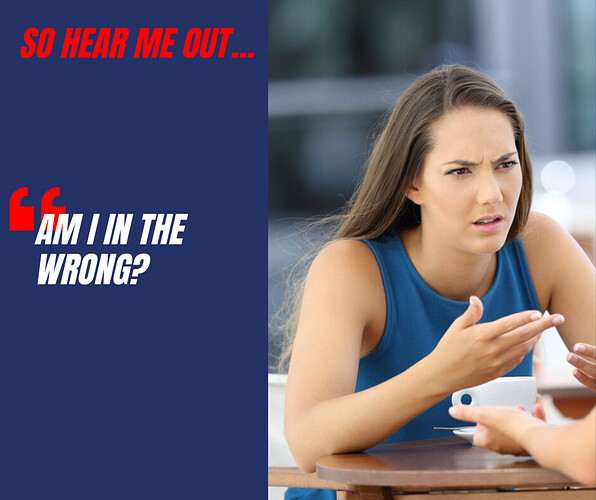 "My ex and I were together almost 10 years, for the last 2 we’ve been separated but still been intimate. We share a 7 year old daughter. This year while we were trying to start working on things, I got dropped out of the blue and he told me he started dating this girl. I was ok with it at first while we had previous discussions of us not bringing other people into our child life right away until we know it’s serious. That was a BIG thing for me especially but, unfortunately that’s not how it played out. He claims he “accidentally” introduced this girl to our daughter because she showed up while there was a miscommunication between them while my daughter was there. She met my daughter and I didn’t find out till days later. I was upset but told him I would like if she wasn’t around until I met her personally. He refused because he said I didn’t need to meet her. I voiced that I would feel more comfortable because I just wanted a name to the face, I want to know who is going to be around my child in case of an emergency. Earlier this year he and my daughter got into a serious car accident just the two of them where he should’ve been taking by ambulance but refused. I kept referring to that situation in case it happened again and if this person was to be left behind with my child I could at LEAST know the name and face. He still refused, fast forward to months later he’s still in a relationship with this girl but we slept together. I know boundaries were crossed and we agreed we wouldn’t do it anymore. He told her and they broke up. While broken up they reminded friends, one day while I was over at his house I overheard them arguing and she said disrespectful things about me and I was shocked. I told him if he’s thinking about repairing things with him I’m fine with that but, I didn’t want my daughter to be around somebody that disrespected me and said ugly things about me. He never addressed the situation with her and never asked her to apologize for the things she said about me. When him and I slept together I owned up and apologized on my end and still got ugly hateful things said to me. They’ve been broken up STILL & on Halloween, he told me the day of she was gonna be there. My daughter voiced to me she was upset and her dad ruined her Halloween so they called it quits again. Now, they’re trying again and her dad thinks I’m being a jerk still for asking for an apology for what she said about me. I voiced idk how he can allow somebody to disrespect the mother of his child and be okay with showing his daughter that’s ok. Am I wrong? How can I go about the situation further?"

RELATED: I Think My Husband Is Cheating on Me with Someone on Facebook: What Should I Do? 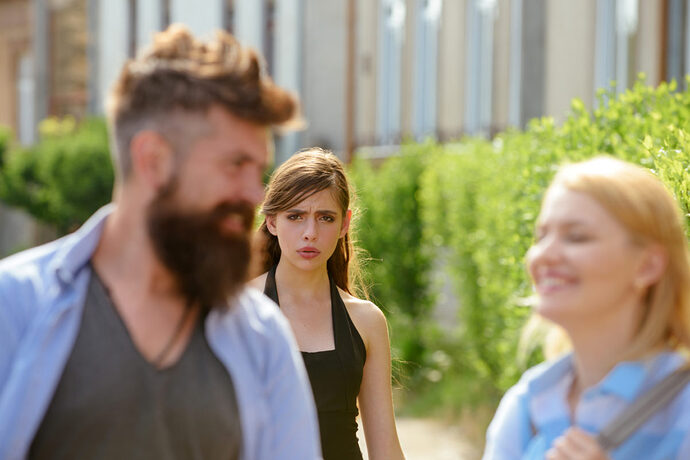 "You’re wrong. You slept with her man and you’re upset that she said something disrespectful about you. A conversation needs to be had now and boundaries need to be laid between all three of you…for the well being of the child."

"Okay but you don’t get to control who he has around her. You can request and he has the choice to either oblige or not. He’s not required to do as you wish. You disrespected that woman by sleeping with your ex when you knew he was in a relationship. Sounds like both of you need to grow up! You both are playing little kid games while being parents. She doesn’t owe you an apology, and just because you said sorry she doesn’t have to accept. Bottom line is you knew what you were doing. You all need to grow up for that child"

"You slept with him WHILE they were together. You both are wrong. I wouldn’t apologize to some chick, no matter who she was if she slept with my man, and “overhears” me ripping her. Yall need to be done and focus on the kid. He obviously doesn’t want you or her. He wants whatever he can screw in the moment."

"I wouldn’t be so adamant about wanting an apology. Consider the source. The focus here is your child. She doesn’t need to be around the drama and hearing bad things about her Mom. You need to define your relationship with this guy. Either continue being with him and accept his lifestyle or cut it off and coparent. Your child is the one getting hurt. Have a heart to heart with him about all this and do what is best for the child. When you have a child, nothing is about you anymore; that child is number one."

"It sucks but if you guys aren’t together you don’t get that kind of control. He doesn’t have to let you meet her, you can’t force an apology, and you don’t really get a say whether she’s around your child on his parenting time. That’s aside from you being the other woman in their relationship. It really sounds like you guys need to set up some set in stone kind of boundaries and figure out what coparenting without a romantic relationship is going to look like."

"You slept with him knowing they were together, regardless of y’all’s history/relationship. Of course she’s gonna say things about you- she’s hurt and you knew better. You do not need to know every detail of his personal life. Trust HIS judgment until he gives you a legitimate reason not to. You can not think and react based on “emotions/feelings”. While you are the mother you have to respect his role as a father. The child is also old enough to talk and communicate with you about dangerous situations. And you have to give respect to be respectable so take the hurtful and mean words and get over it- you owe that to her for what you did."

"She has every right to say something bad about you. You slept with her man. Of course she isn’t going to be happy with you. Has your child said she has said bad things in front of her about you? If not then let it be. Ya’ll jumping back in and out is what’s messing with your child. She feels like the other woman is coming between Ya’ll as to why she hated that day. Ya’ll got to stop."

"It would be nice if you guys could work together co parenting but it doesn’t sound like he wants to do that. He doesn’t have to let you meet her and unless she is a danger you can’t control who he brings around on his time. Best bet is go to court, get visitation and custody set there and maybe you can try to have the judge put in about no significant others for either of you around your daughter for a certain time period. If you can even get a judge to agree to that but after that time period there isn’t much you can do. I understand how you feel but I also understand how she would say bad things about you, I mean you did sleep with him when they were together."

"Sorry but you sound like a young teenager. You can’t sleep with him if you know he has a girlfriend then get mad when she says something."

"You’re both wrong and setting a terrible example for your child. She’s 7 and knows exactly what’s going on. Stop acting like children and be adults"

Am I in the wrong? Motherhood

My ex and I were together almost 10 years, for the last 2 we’ve been separated but still been intimate. We share a 7 year old daughter. This year while we were trying to start working on things, I got dropped out of the blue and he told me he started dating this girl. I was ok with it at first while we had previous discussions of us not bringing other people into our child life right away until we know it’s serious. That was a BIG thing for me especially but, unfortunately that’s not how it play…