Anyone have experience changing their own last name before baby is born in New York?

Asking for my single soon-to-be-mom friend. She never liked her last name. She thought she would be married to the baby’s father. Once the fertility treatment worked (IVF), yeah, he admitted he is living another life -dating another girl seriously and was betting on the IVF procedure would never work. Anyway, now she knows she will be a single mom. She wants the baby to carry her name, but she dislikes her name. She is looking to change her name… add COVID and court closures onto this situation… anyone knows how long it changing name procedure would take? Also, can she go ahead and give the baby her future last name if she can’t change it in time before the baby is born?

You can give your baby whatever name you want it to have. She can work on hers later if they won’t do it now (I have no clue how that works). Hope it all works out for her sounds like a horrible thing to go through.

You can give your baby any last name you want. She can change her name after things settle down. My friend actually did that. She gave her son the last name SHE wanted him to have. She is a single mother and had a few legal issues (not related to the baby or his father.) and until that stuff settles she will change her last name to the same as her son. I actually know another couple that gave their son a totally different last name. So I know for sure you can in the US give your kid any last name you want.

It’s pretty straightforward to change your name by Deed Poll. When she registers the child’s birth she can call it whatever she wants so can give it her future surname. 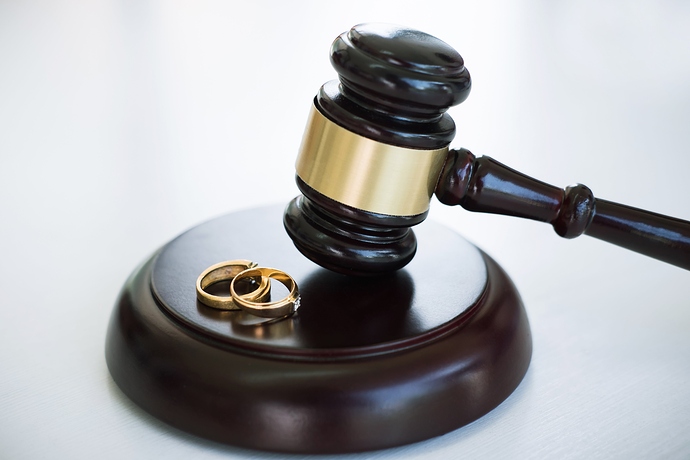 How to Legally Change Your Name - FindLaw

Learn about how to legally change your name after a marriage or divorce in this legal primer. Get more information on this and related topics at FindLaw's Family Law Center.

She can give the baby any last name she wants

You don’t have to give baby the same last night as either parent. Can be anything. She could do babies name then her own

No she cant. My daughter was trying to do the same thing and they told her no. Unless its the moms last name when she has the baby tthen they won’t do it. Or its the dads last name and he would have to be on the birth certificate. Now you can look into it and do your research. It has to be the same lastname as the mom on day of birth.

I was able to choose any last name I wanted for my son, the hospital told since I’m his mother then I can choose what name he has.

Sometimes.
But changing your name, especially during covid, will probably be very difficult. She might have to wait for both.

When your baby is born, you are able to give them any name you choose!! It does NOT have to be her last name, or dads, can be her maiden name, her mothers maiden name! HER choice!!

I live in mass an when I had my son i asked if I could give him his fathers last name we didn’t have the same last name at the time due to not being married the hospital told me I could put the last name for him ANYTHING I wanted I said jokingly could I put it as Batman an she said yes u could even do that. Idk what part of NY your friend is in but mass an NY aren’t far from each other so might be the same there. But maybe ask her doctor or midwife or look it up in your state if a child has to have one of the parents last names I’m sure there’s someone who knows exactly how it works.

I was able to give my baby the last name I wanted, it was not my last name or the fathers, it was what I wanted it to be. I live in Wyoming and you can name your baby what ever you want to here

See if she has any id with her old name and yes she can give the baby any last name.

With my oldest son I was a single mom. I was allowed to pick whatever last name I wanted to give him. My step dad had raised me so I gave him my step dad’s last name.

I will say when it comes to certain things not having the same last name as your child can be a problem. I can’t remember what the issue was but my mom had a different last name than my sister because she divorced my sister’s dad. And for whatever reason the people needed proof that my sister was my mother’s daughter. They were asking for birth certificates because her last name was Peck and my sister’s last name was Baker. Stupid I know!

She can give the baby any last name she chooses. I would go ahead an name the baby with other last name then change moms later

NYS name changes have to go through district court. Without covid closures, it’s a 6-8 week wait. She can absolutely give the baby any name she wants (first, middle, and last). However, her current legal name at the time of birth will be the mother’s name of record. She unfortunately won’t be able to change that. She doesn’t have to put any name down for the father, but if she ever needs public assistance or child support, the state will want that info and could force a DNA test, which may cause him to petition to be added to the birth certificate. She would simply write “unknown” in the father field. (At least that’s what I was told to do in '97). My son’s father still isn’t on his birth certificate.

I’m in Canada so things are different but I believe for us the baby needs to be given the mother’s or the father’s last name. Not a different last name.

You can give your baby literally any last name you want. It doesnt have to match the mother or the fathers

You fill out both the last name and first name in the birth cert. So you can give the baby any last name you would like. I would suggest starting with vital statistics website on name changes. I think it can take 6 months from my understanding.

Maybe all states do allow giving the baby whatever name you want. But depending on what state you live in. If the father wants to be a part of the child’s life The name can automatically be changed to the fathers last name once paternity is proven and he is asked if he wants his child to have his last name. And the mom can’t change it. So it all depends on the state and what the family laws are

Usually you give the child the father’s last name for in the future if they want to know him. But is really up to you as mother

In New York, you can give the baby any last name you want.

It is a huge problem, keep your name and the baby’s the same. It can’t be that bad. And do not put that person’s name on as the father…

Most of us are unaware that the difficulties in our lives are actually spiritual problems 80% of the time. You might have been thinking about these crooks every time you hear a word spell caster, me too that’s why I never bother with such kinds of lies. I used to have a lot of horrible dreams about snakes chasing me and dead people rising up and want to use me sexually and this tortured me mentally. I lost all my money trying many healers to get helped, my business collapsed, husband and my children turned against me and run away from me because they couldn’t take it anymore. I tried doing very many things as a means to get my life back, but it was useless. I tried pastors but it did not work. Later, some scam who claimed to be some spell caster won my confidence. However, this time I was fooled again. One day my friend who had got her son healed of madness told me about Dr Anna +27782391426.
I thought about it with all my heart and finally decided to contact Mama I made everything known to her and she assured me that I would get my happiness back within days. I was given the instructions of the prayers we did together over the phone and in two days after all the dreams stopped and the evil spirits Which I could feel attacking me stopped and truly I felt relieved and went back the following day I received a call from a manager of a big company here in South Africa and started working and my family reunited and I have managed to recover most of my lost everything! For anybody facing challenges don’t hesitate to call/her+27782391426 for help because for every problem God sends help through a person.

You can give the baby whatever last name you want.

In Maryland you can give your baby the father’s last name at birth even if you are not married to the father.
Now if the mother ever applies for state welfare the state will go after the father for child support.

I changed mine in about a month