Do we have to go through court for my ex to give up his rights?

I have four kids with my husband I’m just wondering …instead of going thru court and stuff is there a way he could just give his rights up?? I’m hoping he will. Only because he’s not a active dad and hasn’t been. We have 4 kids 5 and under and he’s gonna be going to prison for quite some time. I’m really hoping he will do that much instead of making me go thru tons of paperwork and court. We live in Montana…I don’t meet with a attorney til next week so I’m just kinda wondering how that work if he did it.

If hes going to jail he has no rights. And most states won’t let them sign off unless someone is willing to support the child. You can file a divorce with out a lawer

Why does it matter if he’s going to prison? He won’t be around anyway.

Its better to go through court. Make it all legal. Cause he can tell u he doesnt want anything to do with them and then 2 weeks later deny it all.

I live in Montana but have never delt with this hopefully the laywer can give you some insight!! 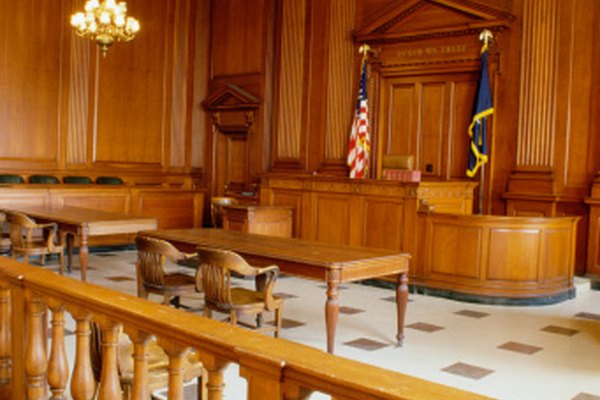 How to Relinquish Parental Rights in the State of Montana

Chapter 42 of the Montana code governs adoptions and the relinquishment of natural parental rights. Natural parents may voluntarily relinquish rights or the court may terminate their rights based upon conduct evincing a nondesire to raise the child.

How are you going to support yourself & the kids while he’s in prison? Do you work?

So hes STILL ur HUSBAND because I mean u just called him that… and u want to give up hes rights because he going to prison??? He seems pretty "active "to me being 4kids under 5

You’re not divorced it’s so much more complicated than that. No he can’t just give up his rights and unless he is going to prison for harming one of the children no judge will jump to that. Termination of parental rights is always a last step. He can actually take you to court for visitation on the states dime if he wanted to from prison.

Yes. You still need to file it through the courts, but if he’s not fighting it then they don’t require an actual court hearing (at least in my state)

He can’t be that inactive of a dad of you have 4 kids under. I would think if he’s not active then you’d have quit sleeping with him. Bit anyway, most states require the kids be adopted by another man that’s your spouse. He can also take you to court and have visitation in prison enforced.

You have to be divorced and it’s going to have to go to court, most states say you have to be remarried for 1-2 year’s and the spouse has to adopt the kids

Nope. The courts wont bastardize a child. Someone has to be willing to step up. You cant just sign over your rights cuz u want to.

Sorry i can’t give you advice since i dont live in that country an i didn’t have to get my ex to sign nothing for me to have all rights over here.But if he truly is a bad person do what you have to do.Good luck.

Signing over his rights doesn’t mean he can never come back into the child’s life. There isn’t much you can do to keep the kids away from him, he has rights as a father. Best to take it through court and have it done that way so you can get child support.he has the legal obligation to take care of his kids.

Just divorce him while he is in prison………

To all the women responding negatively listen up. Just because she has 4 kids with the man doesn’t neccesarily mean he’s active with his kids. It means he was active with her. If he’s going to prison and he doesn’t care about the kids then she has the right to want him to sign over his rights. Her question is how to get this done, not your opinion on her life choices. I, myself, have 4 kids and going through a divorce from a man of 12 years. He was a mean and angry man that didnt care about our kids. I’m getting him for child support because we made 4 kids together, but that’s my decision. Back to topic, I’m not certain about your state laws, but I would wait to speak to an attorney and see what your options are before taking advice from people who haven’t been in this situation. If he’s going to prison and for a long time, then he won’t be able to pay child support and in that situation the judge may see fit that he will be better off signing his rights over. Again, that will better answered by an attorney.

Stop bashing this woman for having 4 kids with her husband. Shame on all of you… Acting like the amount of kids is the problem… It would be the same if they had 1, 4, 9, 17 kids together… They still belong to him at the end of the day. He is the problem. Not the kids. OP: Seek legal aide if he won’t willingly sign them over to you

So is there another person willing to take that role?

Ignore all the commentary by patronising, self-righteous twits and listen up. I live in Australia so am not terribly au fait with the American system, but I think I’d ask myself these questions:

At the end of the day, unless there are extenuating circumstances children have the right to enjoy meaningful relationships with both parents as well as extended family. Any decision you make must be in the best interests of your children. I do feel for you. This must be such an awful time for you. Surround yourself with loving and supportive people and kick everyone else to the curb. xx

Most states require a full year of both no contact and no support. You haven’t mentioned either, so why would you want to eliminate their father from their lives? Going to prison doesn’t indicate that he’s an unfit parent, & isn’t grounds for termination of parental rights, except in very rare instances.

Every state has a process for a parent to relinquish his or her parental rights voluntarily. It has the same effect as court ordered termination of rights. There is no child support after that point in most cases. They may not re-enter the child’s life without your permission, or that of the child(ren) at an age that varies by state. If you are not yet divorced, this may not, and most likely will not, apply.

I would encourage you to honestly answer the questions posed by the lovely, no-nonsense mother from Australia before taking any action,