How Should I Handle This Morning Bus Issue We Have? 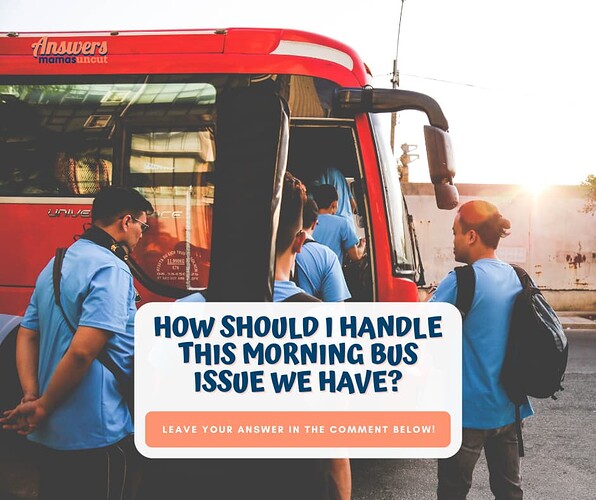 "Bus stops (long post)) :: so my daughter has been taking the bus since September. The street the bus comes on is technically a private road into a gated community. There are signs that say private road, no parking , no stopping. There is a resident who’s walked her dog passed my car at least 2x a week staring at me and my daughter and hadn’t said anything in 6 MONTHS. Last Thursday she decided to stop me as I’m turning on the road to do a 3 point turn and stop with space for cars to get around and get to stop sign with my hazards on. She stopped me and said you can’t park here this a private rd , there’s signs , asking me if I live across street and telling me there is a bus stop closer yo me (there isn’t one closer) & telling me where & that her neighbor goes to that one, or tells me I need to strap my child in and take her to school. First off she doesn’t even know what school my child goes to, to be telling me bus stops. She tried to drive away after I said then why is it a bus stop then? This was last Thursday. Friday I had promised my daughter I’d take her to school as they were selling donuts in car line. This morning she wasn’t there and mind you she was in her car last week waiting by the gate and as soon as I pulled in she comes out and stops me. Like stalker much. Anyways my next thing is could she call the cops on me for parking there for 5 min or less? Mind you I’ve had a cop who lives where she lives pass me going In And out of there and have never said anything. Bus comes between 650-655 like clock work. 0-1 car pass me a morning with no issues. Why wait 6 months ? So Thursday we come to find out she’s the mother of a little girl in my daughter class and the little girl brought it up to my child. My question is Would i get a warning from an officer or a ticket ? Should she call school transportation if it’s a problem? Anyone with law back ground please answer. My next thing is if she tries to come to me again I’ll be recording the whole thing as well. As I do have a karate background and will defend myself and daughter if need be but would like it recorded becasue I wouldn’t do anything unless she started it . Any advice is welcome !"

RELATED: Mom Worried Her 5-Year-Old Was Being Bullied on the School Bus Was Told She Had to Pay $600 to Review the Bus’s Security Footage 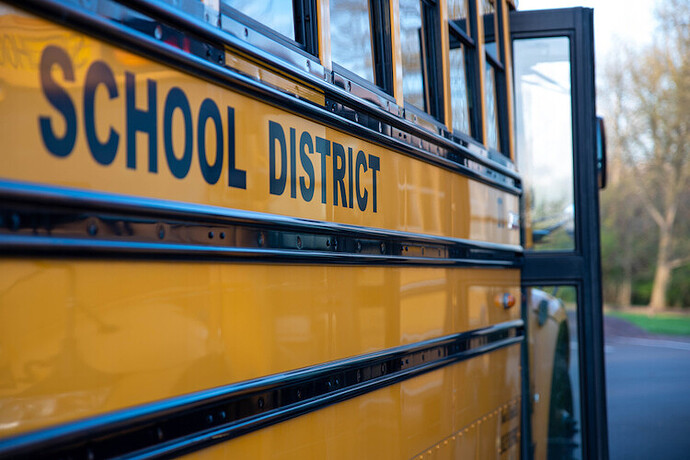 "I would call the transportation department at the school.."

"Call transportation department of the bus 1st ask what they would advise to do, if they aren’t any help reach out to the police non emergency line ask them the same question."

"You arent parked if you are in the car and its running. Ignore her."

"It’s not illegal to park at the bus stop. Honestly if a cop did say something and you explained you were there to take your kid to the bus they won’t say anything. Your child is on that bus everyday, they legally have to go to school. And as I said before, it’s not illegal to be parked there. I’d tell her to mind her own damn business."

"I would call the school and see if they have any advice."

"Why is she involving her daughter? Yikes, that woman sounds problem"

"You need to ask locally. This is very specific. Laws are different everywhere and some places are more stringent than others. Is the woman being extreme? For sure. But if you want a good legal answer you need to ask your HOA, call and ask your local police, or at least post in a local FB group."

"I’m assuming the bus is school transport and it probably has permission to stop there for child safety reasons. I doubt you’re allowed to be there in your car though if its a private road. Police would be the best folk to ask."

"I had a similar issue where the bus stop was at a spot that we were having to park on the side of the road in front of someone’s house. The people harassed us (me and other parents) and called the cops. The cops told them that the schools handle bus stop locations and that as a parent we had no control. The cop told the owners to pick an area for us to park and we could only park in that area. I then took an incident report to the school board and they moved the bus stop. It took a couple weeks to have the stop moved but in the end our kids weren’t scared the mean old man wasn’t going to come out and start screaming like a lunatic again"

How should I handle this morning bus issue we have? Parenting

Bus stops (long post)) :: so my daughter has been taking the bus since September. The street the bus comes on is technically a private road into a gated community. There are signs that say private road , no parking , no stopping . There is a resident who’s walked her dog passed my car at least 2x a week staring at me and my daughter and hadn’t said anything in 6 MONTHS. Last Thursday she decided to stop me as I’m turning on the road to do a 3 point turn and stop with space for cars to get around…