How To Talk to My Daughter About This? 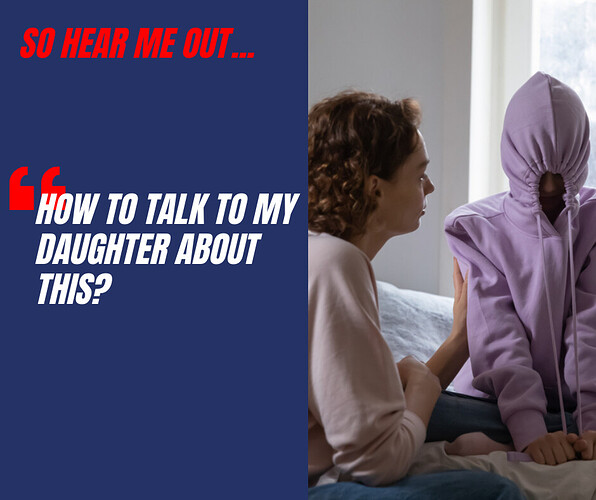 "So I have an 8-year-old daughter. The man she knows as dad is not her biological dad. He has raised her from birth and still actively sees her to this day. Her sperm donor was very abusive and I left him when I was 4 months pregnant after a hospital stay and almost losing her. He decided he did not want her when she was 5 months old. (the first visit he ever had with her) She still sees his parents regularly tho. My daughter had started asking how she is related to her grandparents on his side. I have simply just said we can love people and have relationships with them even if we are not related. (I have a lot of family I call family even tho biologically they are not related to me, I compare it to that) so my ex remarried (the one she calls dad) and it has come up time and time again about telling her the truth. I'm torn. I don't want her to find out from someone else or overhear a conversation and find out that way. I don't want her to think her “dad” will love her any less either. I have always said I wouldn’t tell her until she is older and we can have a more in-depth conversation about it, yet the topic keeps coming up. Do I tell her and simply say sperm donor wasn’t ready to be a dad? Do I wait a bit longer to tell her? Sperm donor has had no contact with me in 7 years, he's not blocked from anything and I stay in communication with his family so they all can see updates on my daughter etc. He just does not want anything to do with her. I feel like absolute crap for lying about it and saying she's not related to her grandparents and cousins when in fact she is. I also don't want to completely break her heart when she finds out her dad doesn’t in fact share her blood. A quick back story on “dad”. There was a big argument with his new wife insisting my daughter was old enough and needed to know the truth. She's very Christian and her new husband telling everyone he has a kid I guess she needed it to be known my daughter wasn’t his. So she could properly explain the situation to the church. I said i dont care just dont have that conversation around my daughter. The argument ended and she told everyone but kept my daughter out of it. Her “dad” also thinks she should know the truth as well at some point. I'm mainly torn because I don't want to hurt her. I also don't want her to find out from someone else and lash out at me for not being honest. She has come home from her dad's several times asking randomly how she's related to her grandparents (sperm donor parents) I'm also deep down afraid this would put an even bigger strain on her and her dad's relationship. Just because she isn't related to her dad by blood doesn’t mean he isn't her dad… does anyone have any advice or similar situations? I know it’s a lot I'm just really torn. I was not going to bring it up at all, but I have had people keep telling me I need to tell her and I just wanted some other mommas opinions/ advice. Thank you"

RELATED: Shell-Shocked Couple Reveals What It’s Like to Learn the Baby They Birthed Wasn’t Biologically Theirs 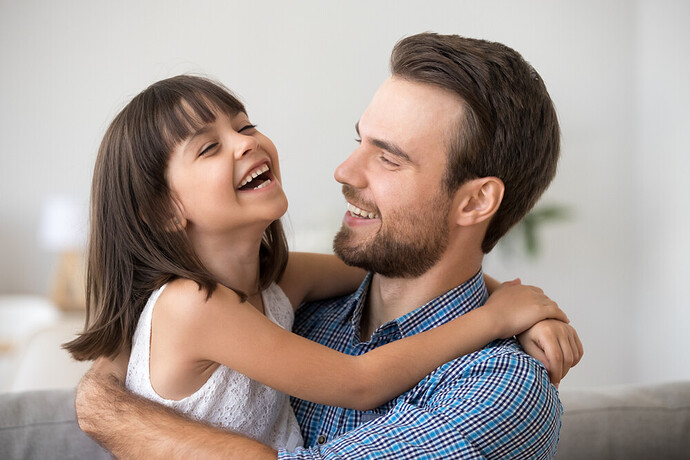 "I have learned that you only answer questions as they come up. Keep it simple and no need for detail until she is older but answer her questions to the point. I had to deal with this with my oldest and it was the simplest way to handle it."

"I think maybe you should go ahead and tell her. You and “dad” both sit down and explain to her how just because they don’t share blood doesn’t mean he loves her any less. And nothing changes just because of that."

"If she is asking she already knows to some degree be honest with her and let her ask her questions and be honest. Honesty is the best policy."

"Truthfully it's best to go ahead and tell her now let her process it but explain to her why you are not with her real daddy. if you wait until she gets older she is going to want to know how come you waited so long to tell her and she will not trust you for a while. I would go ahead and do it and get it over with. I have a niece that is in her late 20s that has no clue that the mom that she thinks is her mom is really her step-grandma and the dad is really her grandpa. When she finds out the truth it's going to cause a lot of hard feelings."

"I would say “father” was mean to you while she was in your belly and you had to get away from him yo keep both of you safe. Her “dad” was a man who was very nice and chose to be in both of y’all’s life to help take care of her and love her and keep her safe. And so on. Keep it honest and simple so she can understand."

"My son thinks my husband is his father. His biological father hasn’t seen him since he was 2 months and my son is now 7. Honestly, I don’t think there’s any easy way to tell her other than sitting down with who she calls dad and yourself and explain to the best of your ability that while this man has been her “dad” all these years, just because they aren’t biologically related it doesn’t mean he loves her any less."

"It’s time to tell her. That way it is told only the way you want it to be."

"You definitely need to tell her in my opinion. They understand more than you think at that age."

"Be as honest as possible, but within reason, they don’t need to know how shit dad was. Talking negatively about the dad attacks the child’s DNA and they can end up feeling worthless. But an abbreviated honest truth, with the floor open for more questions, is the right approach. My mom always said if a child asks the question, give them the answer. Good luck"

How to talk to my daughter about this? Relationships

So i have a 8 year old daughter. The man she knows as dad is not her biological dad. He has raised her from birth and still actively sees her to this day. Her sperm donor was very abusive and i left him when i was 4 months pregnant after a hospital stay and almost loosing her. He decided he did not want her when she was 5 months old ( the first visit he ever had with her) she still sees his parents regularly tho. My daughter had started asking how she is related to her grandparents on his side. …