How Would You Cope With Your Significant Other Asking You to Have an Open Relationship 10 Years Later? 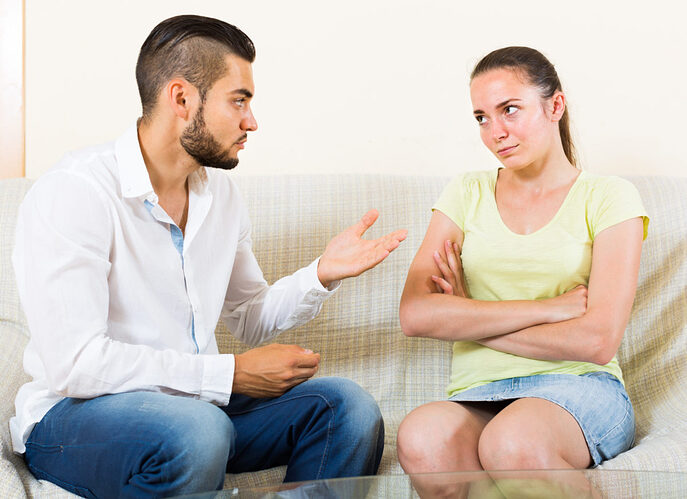 "Back story.. we've been together for 10 yrs. have 4 kids together. And this is the 3rd time he wants an open relationship. This one is different cuz it's closer than the others (like she lives 10 mins away) she's married and has 2 girls that go to the same school as our kids and one is in the same grade and same class as my last. It's supposed to be for s… cuz apparently I'm not getting him off 10 times a week. My question is to someone who has been in this situation handle it. This has been going on for 10 months and they say ‘love u’ to each other. We are roommates now. We talked about this. I made comments about this. But I think he misses his 20-30s cuz of me and the kids (now at 40 he wants to be a teenager. Parking in the woods and carries a tent. I just don't think I'm alone. I just need some advice. Please be nice. I deal with enough BS and negative shut from myself."

RELATED: My 11-Year-Old Daughter Keeps Sabotaging All of My Relationships, What Should I Do About It? 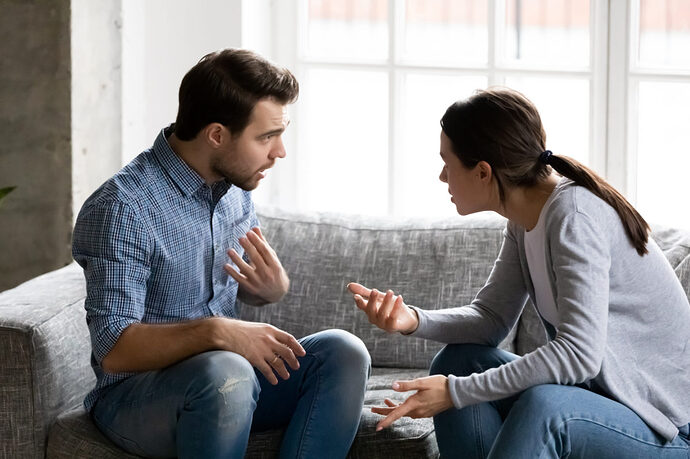 "To be able to make a definitive response we need some more background detail. You said this is the 3rd time he’s wanted an open relationship, so have you two agreed in the past that you can sleep with other people? Like can you hit her husband up for a night if he’s hitting her up? Does he want to be the only one sleeping around or does he care if you do as well? Have you remained anonymous the entirety of your relationship? If so it sounds like he wants “permission” to cheat basically. However, it sounds like he will do it even without your permission. If this isn’t something you agree upon together it sounds like he is just manipulating you."

"I mean it basically already sounds like an open relationship if they have been seeing each other for 10months and say I love you. I’d leave personally. I could never do an open relationship. To each their own but personally I couldn’t. The fact you're even questioning it on fb, makes me think you don’t want it either. But by the sounds of it, he doesn’t care"

"Never settle if you're not okay, let him know if he can’t respect it then it’s time to move on."

"Open marriages mean both parties are on board. It doesn’t sound like you are and are only going along with it because he wants you to. Ask him how we would feel if you chose to be in another relationship."

"He’s seeing other people and you don’t agree with it. He’s cheating. I’m in an open marriage and it works, because we both agreed and set rules. You did neither."

"I’m all for open relationships but there has to be boundaries and the fact that she lives with you guys and this has been going on for 10 months is kind of weird."

"If you don’t want to, then he should respect that and say no. Else give him what he wants, turn him loose and find someone else."

"This is a one-sided open marriage and that’s not how that works. The only way it will not become oppressive and demeaning to one of you is if you are both 100% on board. At this point, it is making you uncomfortable and you do not feel like it’s working for you. He’s the only one benefiting. Ask him to stop if he doesn’t then walk away. You don’t need the mental and emotional stress. If he feels he “missed out” then he can try the single life without dragging you along and making you suffer."

"Oh hell no. That man is straight up cheating on you at least emotionally. If you aren't okay with it being open then looks like yall are single. Get out now and let them be together"

How to cope with your S.O wanting to have an open relationship? Relationships

Back story.. we been together for 10 yrs. have 4 kids together. And this is the 3rd time he wants an open relationship this one is different cuz its closer than the others (like she lives 10 mins away) shes married and have 2 girls that go to the same school as our kids and one is the same grade and same class as my last. Its supposed to be for s… cuz apparently im not getting him 10 times a week. My question is to some one who been in this situation handal it. This been going on for 10 months …