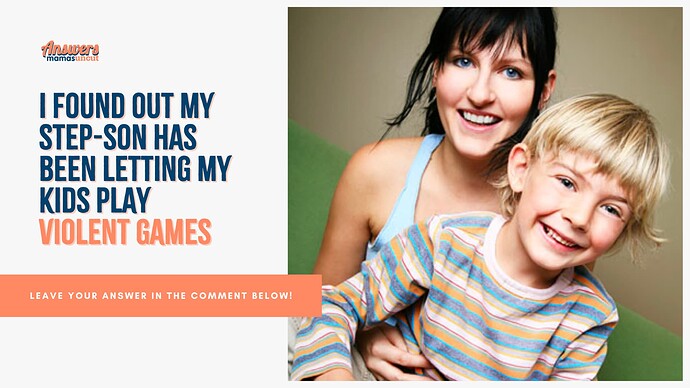 "I have a 6 and a 7 year old, both boys, and we recently learned their older half brother, 17, has been waking them up at night to let them watch horror movies, play horror games, and other way inappropriate, gory, graphic things when he stayed the night. Somehow they all managed to keep it a secret until the 7 year old told a classmate about how cool it is to kill people in a game called evil within. Now that the secret is out, they are constantly pretending to kill each other, talking about blood and guts and murder. We haven’t heard anything sexual from them, yet. We’re wait listed for counseling for them, they’ve had assemblies at school, we’ve grounded them, taken away toys and fun time but they won’t stop! INFO: their half brother is from my husband’s first marriage that ended in his ex wife’s infidelity. She’s the one who is giving him the violent games and movies. He uses his computer she bought him to play them after we’ve gone to bed. We had no idea he was bringing them over. Now that the secret is out hes refusing to come, which he’s allowed to at his age now. He’ll be 18 in a few months. Our problem isn’t him playing or watching the stuff, it’s actively encouraging his younger brothers to. It’s been at least 6 months of weekend overnight visits. At 15 he was given total choice on where he spends his time."

RELATED: The Only Thing My Kids Want to Do Is Watch TV and Play Video Games: How Can I Change This Behavior? 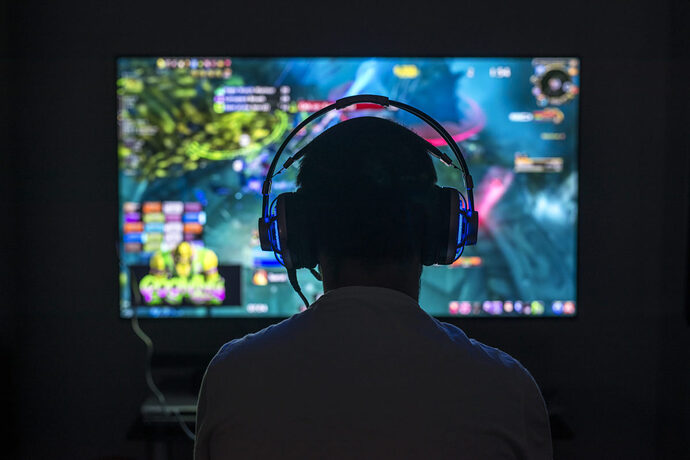 "Are the kids having issues because of it? Not sure why counseling would be needed unless they’re having nightmares or something?"

"Everyone’s different. If it was me, it wouldn’t be such a big deal. I would’ve simply told my stepson to please stop showing them those and that would be the end of it."

"You’re making a bigger deal out of it than it is. Counseling? For being boys? Just talk with the older brother. While they’re young, you ain’t gonna be able to shelter them forever."

"Do not ride off your step son over something like this. That is a mistake you will pay for for a long time."

"You’re going to ruin their relationship with their brother. This is super intense for no reason. If they arent having problems are hurting anyone, counseling is super not needed."

"I’ve been watching horror movies and playing horror video games since I was a toddler. I’m not a murderer. Your kids will be probably fine."

"If it doesn’t bother the kids, why does it really matter this much. He likes them enough to make memories. Those kids will always remember harmless fun in getting woken up by their older cool brother to watch scary movies in the middle of the night, get scared silly for a couple hours, and feeling safe with him when he sends them back to bed. He obviously likes them and they obviously like him. And you made him feel like he did a terrible thing. I dont really blame him. You’ve made him out to be a monster. News flash. A lot of kids watch that kind of stuff behind their parents back. Or even with their parents. And boys tend to play that way as well, btw. You could do a lot worse than a teenage boy who clearly adores spending time with his kid brothers."

"It doesn’t seem to be affecting them if they’re having fun about it, so why the counselling? Its that you don’t like it but sounds like they do. They’ll eventually see it sooner or later. If a gory thing pops up on TV do you immediately turn it off? You can’t shelter them from these things they innocently find them on YouTube too"

"As someone who watched horror movies at the age of 5 and played outside most of my childhood with my friends who also pretended we were cops and robbers. Or whatever else we could think of. Aliens, monsters etc. This isn’t a huge deal. They’re pretending not actually doing. I think this is way out of proportion to be honest."

I have a 6 and a 7 year old, both boys, and we recently learned their older half brother, 17, has been waking them up at night to let them watch horror movies, play horror games, and other way inappropriate, gory, graphic things when he stayed the night. Somehow they all managed to keep it a secret until the 7 year old told a classmate about how cool it is to kill people in a game called evil within. Now that the secret is out, they are constantly pretending to kill each other, talking about blo…