My “Boyfriend” Just Told Me He Is Single, What Do I Do? 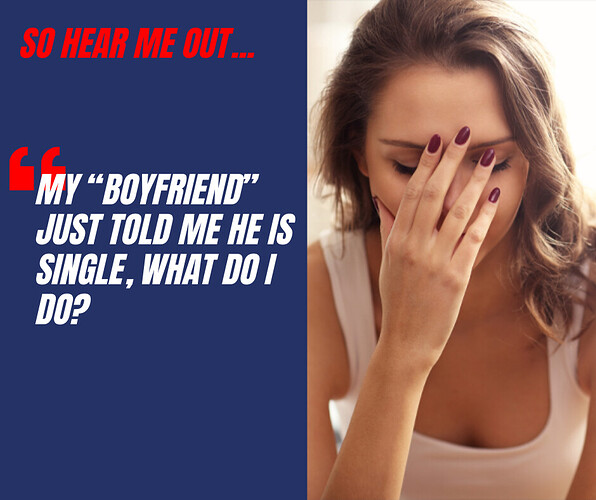 "I am almost 6 months pregnant with a son and have 3 daughters. The guy I’m pregnant by now is not my girls father, and just told me a couple of days ago that we were not in a relationship and that he was single. So my thing is why does he sleep in my bed with me every night, maybe once or twice out the week he doesn’t, he has his own place. I love him and want to be in a relationship with him and be a family but I don’t think he is ready for that family role yet. He basically comes and goes when he wants. He washes his clothes here and spends time here but I want more, I want to feel more so how can I get things changed. I feel like he isn’t even sexually attracted to me anymore either since being pregnant we have had sex 6 times and I’m almost 6 months pregnant. We lay in bed and he won’t even touch me. I give him back messages and barely get one. I've asked him, if we aren’t together in a relationship then why is he still coming around and what is it that he wants from me? He says as long as I have his child in my stomach and have his child that there’s nothing I can do about it, that he was going to be around regardless and that I was not allowed to be around another male or me and the male would be in the ground, but I’ve caught him talking with multiple women, but if he doesn’t want me then why should it matter? smh I just don't get things here lately, it’s like I’m going to be stuck with his child raising him alone. He did take me and my girls to meet his family for thanksgiving and he talks about future plans for us, but idk if i believe it I just don’t feel the same anymore. Do y’all think it’s my hormones going crazy or am I wanting something that’s never going to be something? He also calls me weak for going to other females questioning them. He has also pushed me down and around like a rag dog while pregnant with this baby because I accused him of being with another female. He said I deserved it for having accusations. I feel like I’m begging for love and attention smh he’s also very hot headed as he tells me all the time does it look like I need to beg for sex he thinks he’s the hottest thing walking the planet. He also doesn’t help me with any of my bills I guess because he has his own bills. When I ask why he won’t move in with me he says because that would make him look bad, moving in with me and that I could get mad at him and kick him out at any time and he would be stuck. What should I do? When I tell him he’s just my BD and that I don’t have to answer his calls or have him over on his time he gets very angry and just shows up so I feel stuck."

RELATED: I Left My Boyfriend and Baby Daddy Since He Was Still Talking to His Ex: Is that Wrong? 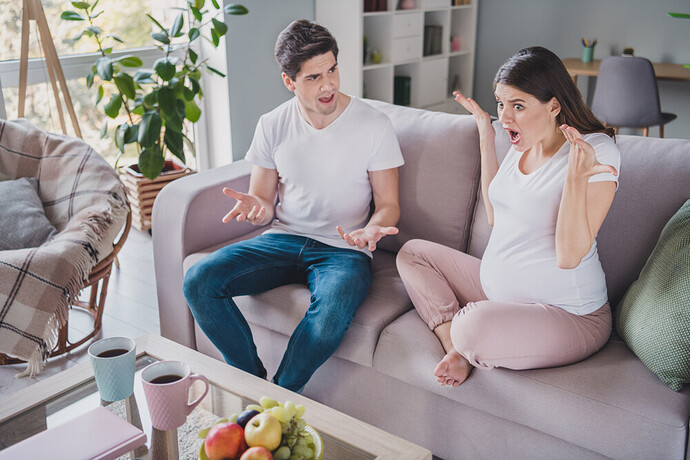 "Don’t let him in your house anymore. To me it sounds like he’s just using you so he has a place to sleep, eat, wash his clothes, etc. I also wouldnt believe him when he told his family about his future plans with you, most of the time men just say what people want to hear… and I’m sure his family wants to hear that he’ll be there for you and baby even if he knows he won’t be. I don’t know, I’m basing my answer more on experience. Don’t let him tell you that he’ll be around no matter what because you’re carrying his child but yet he’s physically harmed you. He needs to find somewhere else to go."

"Throw that whole man away."

"He is using you so he doesn’t have to do his laundry and other shit at his place… bills go up… he isn’t paying you rent or anything. DONT let him keep walking over you. Throw the whole boy away."

"Tell him you are done with him. You don’t need that and your child doesn’t either"

"Wtf? I’d be more concerned with him pushing you around like a ragdoll while knocked-up!!! Not whether or not he wants you. WHAT THE F*CK? File a police report and a restraining order. Stat. This is exactly why mental health services should be requirements like a routine checkup at the doctors office."

"Run. Sounds exactly like my ex. I could have written this word for word. He said what he wanted, he’s around to make sure you don’t go anywhere and as long as you let him treat you like this he won’t change. He’s doing he’s bare minimum so you keep the door open for him. Shut it and run."

"This is wildly abusive. Get rid of him and hold strong. You and those babies deserve worlds better."

"When someone shows you who they are believe them!"

"Kick him out! If he wants to be single then let him be single. You can’t make someone be with you and he shouldn’t be trying to control you either just bc you are pregnant with his baby. He is walking all over you and you need to step up and do what needs to be done!"

My "boyfriend" just told me he is single, what do I do? Relationships

I am almost 6 months pregnant with a son and have 3 daughters the guy I’m pregnant by now is not my girls father and just told me a couple of days ago that we were not in a relationship and that he was single so my thing is why does he sleep in my bed with me every night maybe once or twice out the week he doesn’t he has his own place. I love him and won’t to be in a relationship with him and be a family but I don’t think he is ready for that family role yet. He basically comes and goes when he …

I can’t stress this enough … RUN, RUN, RUN! This guy is narcissistic by EVERY definition of the word. You will NEVER have a healthy relationship with this guy!!! Get as far away from him as you can. He has made it clear what he’s going to do, so my advice to you is “stop painting a picture of what you want it to be and acknowledge what your reality is”!

Take him to family court once the baby is born so you can get child support and visitation set up. You must think ONLY of your baby and what’s good for him/her.

My thoughts and prayers go out to you!!!