My Partner of 8 Years Just Left Me 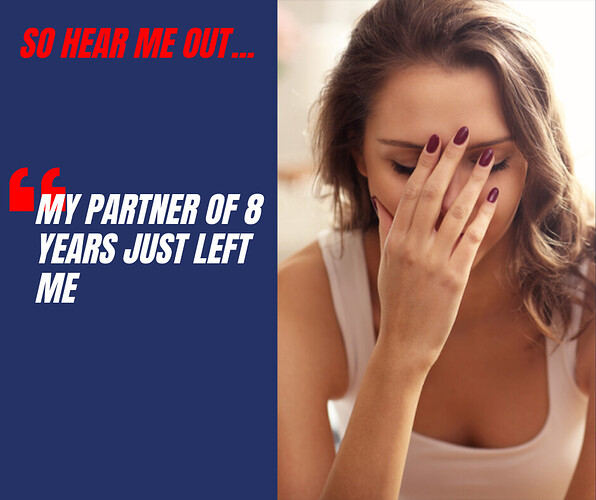 "He's been living away during the week last year and from September and coming home fri and Saturday nights. He used to cook for me one of those nights, we would spend Saturday night having a date night In as we have kids together and no reliable childcare. But the last 12 months he would come home, be on his phone the entire time, talking to others on Facebook. Watching TV, and “Resting his eyes” on the sofa… He would hardly sleep in our bed, his excuse was he doesn’t sleep well! So he would sleep on the couch. We would only have [email protected] if I initiated it, claiming he was tired or he liked me to do this… this dwindled down to once a month if I was lucky. So yesterday I receive an anonymous message saying he was cheating on me… this is not the first time!.. so I rang said girl and him and they both denied it. Of course… I pushed it aside and planned to have it out face to face on fri. However, this morning I was looking for some pictures in his photos online and saw he had taken another lass and his son away without asking for his daughter… He would never have said anything if I’d not seen. Also, pictures of 2 younger lasses all dressed up in skimpy outfits… We were supposed to all go away together a few weeks ago but he was in such a shitty about going saying we couldn’t afford it, yet I was paying for it all. Now I understand why! His response when asked was yeah so what?! I feel he's been enjoying his single life, and his new friends are younger and single…he likes to be the big dog on campus and craves that attention from those around him… I feel he likes the whole no responsibility, no kids, keeping his wages, and not having to send some towards the house. So the kids and I would go without because my wages would have to pay for food and to get us to work and school. He's not a young lad, he loves his kids but I feel he loves that life more… he was verbally abusive, only physical once…he was calling me miserable, of I asked him to pls put his home away I’dmaybe get am hour if that… I was mean, saying I was angry all the time and causing arguments over the smallest of things if I asked him to help me out… wash a few pots in the morning or after tea! It's not his mess he would say! I’ve spent the day crying, I did try to get him back and I know he's gone but it doesn’t stop the hurt… I’m not sure in love with him but I do care about him a lot. I’ve felt this way for a while but I stayed for our daughter. I don’t know what I'm looking for here I think I just needed to get it written down and out of my head"

RELATED: Daughter Jennifer Gates Speaks Out About How Challenging Bill and Melinda Gates’ Divorce Has Been 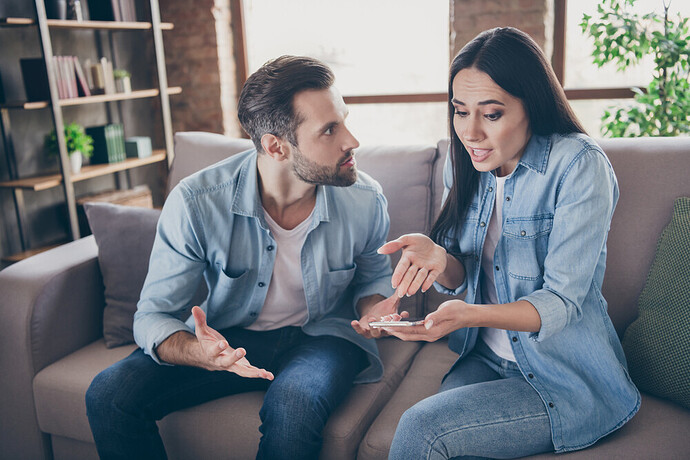 "It’s just time to leave and move on honey… it will hurt, and for damn sure suck for awhile. But soon it'll just be you and your baby girl and a happy life together. Best of wishes to you"

"Find counseling, get together with your friends and family. Basically, find healthy places to receive comfort and help moving on. Break ups are tough, but this is best for you and your kids."

"Only physically abusive once?! Yeah, that’s one time too many."

"Move on I know it’s going to be hard but you have a daughter that looks up to you to see what a healthy relationship looks like. What would you say to her if she was in the same place as you? If my hubby ever hit me I’d be hit him with a frying pan and he knows it."

"Change the locks. Do what makes you happy. Plan a trip with your kids. Stop caring how he feels. Bc he definitely isn’t bothered by hurting you."

"Why do you want to be with someone who doesn’t love you. He is abusive, physical, mental and financial. Of course he is living the single life. He’s not living with you. The moment he left should have been then end"

"He was physically abusive to you once and that is enough to say no and be gone. Be glad he is gone, you don’t need that loser in your life. Find someone else who you deserve."

"You deserve a better life, and you deserve someone who appreciates you & will be present in your life."

My partner of 8 years just left me Relationships

He's been living away during the week last year and from September and coming home fri and Saturday nights. He used to cook for me one of those nights, we would spend Saturday night having a date night In as we have kids together and no reliable childcare. But the last 12 months he would come home, be on his phone the entire time, talking to others on Facebook. Watching TV, and “Resting his eyes” on the sofa… He Would hardly sleep in our bed, his excuse was hes doesn’t sleep well! So he would…

Get into some counseling, individual, just for your own sake. If you both still love each other and want to try to save the marriage, couples counseling also. Perhaps if you both want it bad enough you can heal your relationship and be stronger than ever. However, if you can not make it work. counseling can help make the break up easier and teach you both how to co-parent effectively. I wish you all well.