My Sister Doesn’t Want to Be Close...Would This Bother You? 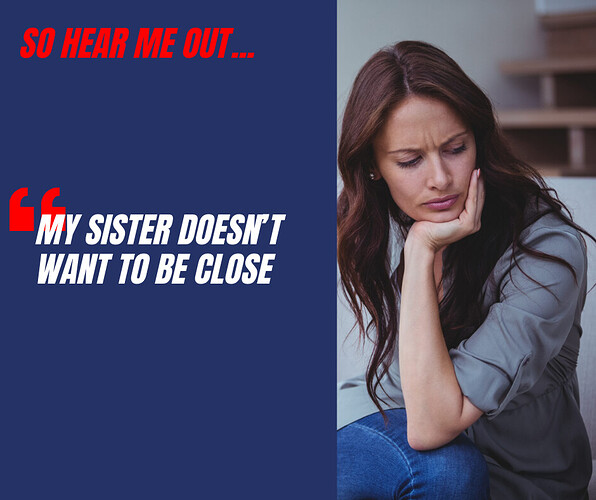 "My sister had her first and only son 6 yrs ago I've tried to be closer to her and my nephew but she just never seems to want my kids and us to be close and not sure why. She often spends most of her time with a friend or a couple of friends and her son spends most of his time with her friend's son they even get professional pictures of their boys together dress the boys up in the same costumes for Halloween but when I ask why don't we do that with my son and hers she kind of ignores it My son is 5 loves his nephew but her son is not very nice to my son. I'm not really sure why it's like this and why she so distant. We live in the same town"

RELATED: AITA For ‘Mom-Shaming’ My Sister For Her ‘Unschooled’ Kids? 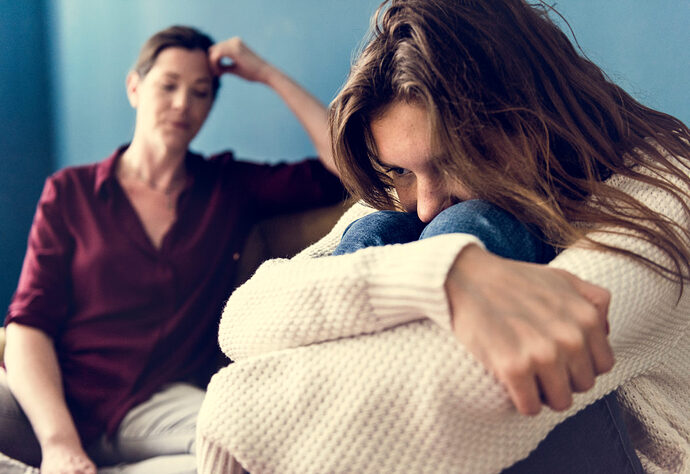 "It sucks, but there’s, unfortunately, no written rule book that says she has to be any different. Your son sounds like he’d be better off with his own friends, and you as well. Your sister sounds like she’s got a pretty good handle on how she wants her life to appear – I’d explain to her how her behavior makes you feel and then just at that point let it go and just focus on your kids, your life, your relationship with your friends and try not to take it personally. Your baby doesn’t need to be friends with his cousin if he isn’t going to be nice to him."

"I can understand how you feel like something is missing and im sorry for that.My sister and I didn’t have that closeness either and I yearned for it.I think you need to have a conversation with her so you can understand why she pushes you away. Unfortunately not everyone’s idea of family will be the same as yours and it stings to realize that."

"Sounds like both you and your son are better off without them."

"I had a sister just like this. I just stopped trying"

"It sounds like she doesn’t like you very much. Blood relation doesn’t equal forever friends. Nobody ever has to have a relationship with anybody they don’t want to. I’d say cut your losses and move on."

"If she doesn’t want to be close to you guys she doesn’t have to. There’s a reason behind her not wanting you and your child around her and her son. You should ask why and tell her you want the truth. I know I don’t want my sister around my sister whatsoever under any circumstances"

"I’ve been told I’m the glue, so I might have some insight. All my siblings talk to me and hang out with me separately, but a couple of them are not close to each other at all. One of my siblings can only tolerate the other in small quantities. Their personalities clash. Another has a different way of thinking. While thats fine, the other sibling refuses to stop criticizing said actions. It could just be because she doesn’t want to be close?"

"Eh. Just because y’all are sisters doesn’t mean she’s obligated to associate with you or be close to you. I’d just leave it be. You stated her son isn’t so nice to yours, so maybe it’s for the best"

"Out of my 5 sibling including me would be 6 of us. I only talk to 1sister regularly and occasionally my oldest brother I have my reasons. Just because you share blood doesn’t mean you will get along or enjoy their company. Sounds like it’s all one sided with you being the one to call or set visits… for your sanity and heart stop doing this she doesn’t want a relationship. There’s nothing wrong with wanting to be close to family but it’s gotta be a give and take. You and your son are better off without that stress in all seriousness."

My sister doesn't want to be close Relationships

My sister had her first and only son 6 yrs ago I've tried to be closer to her and my nephew but she just never seems to want to my kids and us to be close not sure why. She often spends most of her time with a friend or a couple of friends and her son spends most of his time with her friends son they even get professional pictures of their boys together dress the boys up in same costumes for halloween but when I ask why dont we do that with my son and hers she kind of ignores it My son is 5 love…