Should I Contact My Kids' School Over This Issue? 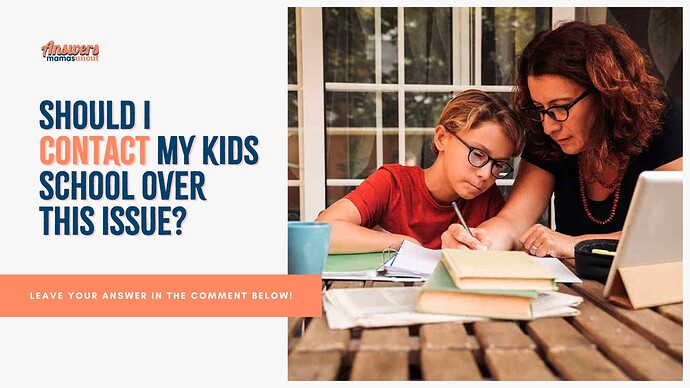 "I am wondering if others would call their child’s school about this…My 13 yr old son is a bit of handful at times and I say this as his mother full understanding what he is like. He can be very much a 13 yr old boy… loud impulsive and distracting. But he is not a bad kid. He is kind to others and isn’t intentionally disrespectful. He told me that he has a recess detention this week. He told me he asked to go to the bathroom, the music teacher said no and he tried to convince her and she still said no so he got up and went anyway. When I asked him about it like “Did you really have to go?” (I work with kids too. I know the sort of things they get up to. )He said yes, it was bordering on an emergency. When he returned, he was in trouble. He told her he really had to go… And she said “what if there was a fire? And you were in there?” Well I kind of feel like she’d know he was in there since he told you he was going! I think my son should not have been put in the embarrassing position to have to BEG to use the bathroom in front of all his classmates. He’s a human being! He definitely shouldn’t have been denied or in trouble for tending to his basically biological functions!! I understand teachers are in a position where kids are pushing it. Lying. Talking back etc. But I feel like this is the one area they kind of need to give them the benefit of the doubt. I’m not the mom who thinks her angel can do no wrong. Again I work with children and sometimes their side of the story is definitely lacking some detail.He told me he has had issues with this one teacher before. She may be basing her attitude on past occurrences. But you can’t be like that with kids. Every day is a new day. At least thats how I am trained in my line of work with kids. Would you call the school over this? And if you found out it went exactly as your child described it…what would you do? Can I refuse to have him serve that recess detention?" 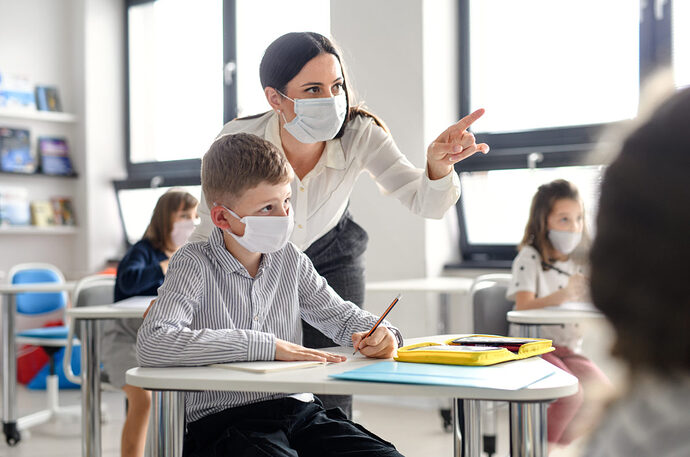 "I think you start by asking the teacher what all happened. Maybe there’s more to it - maybe not. Start there."

"If this was the case I’d ask to have him moved to a new teacher but I’d honestly want to have a sit down w the teacher (with them both in the room) , like why does she feel he’d lie? Is it bc him? Is it bc other kids do it?"

"I’d definitely chat to the teacher and see if there’s another side to the story. But also I despise teachers not letting students use the bathroom. I think it’s rude and controlling."

"The us education system is so ridiculous about bathroom breaks."

"Id have son take the punishment from the teacher so she understands you aren’t undermining her but also have a conversation with her about your outlook on it."

"As a mom who has had a teacher deny her 5yo son bathroom privileges, just to have my kid come home with literal fecal matter caked on pants, I might be biased. I would 100% be on my kids side on this and speak to the teacher. Any teacher denying bathroom use is a piece of shit in my opinion."

"I would ask the teacher about it, just to make sure I have the full story. But I’ve told my girls plenty times, if they really have to go and a teacher won’t let them, to go. Especially my youngest because she has bladder issues. But I’d def be calling the school to talk about it. Cause I’d be mad about the detention too."

"I’d be livid. I think teachers not letting kids use the bathroom is absolutely ridiculous. I’m honestly glad he stood up for himself!! He is a smart kid, and I absolutely would be talking to someone at the school."

"I’ve had to contact teachers about this for my kids. Do kids overuse the “bathroom” excuse? Probably. Does it annoy teachers? Probably. However, when a kid has to go, they have to go. I’d let the school know he’s not to be punished for using the bathroom and then give a friendly reminder to your son not to overuse the excuse. I know my kids have, heck, I did too when I was in school but kids shouldn’t have to risk an emergency."

Should I contact my kids school over this issue? Parenting

I am wondering if others would call their child’s school about this…My 13 yr old son is a bit of handful at times and I say this as his mother full understanding what he is like. He can be very much a 13 yr old boy… loud impulsive and distracting. But he is not a bad kid. He is kind to others and isn’t intentionally disrespectful. He told me that he has a recess detention this week. He told me he asked to go to the bathroom, the music teacher said no and he tried to convince her and she still s…

Yes go to the teacher and take your son with you. This way both will have to tell the truth. If it was like your son said than definitely no punishment