Should I Still Host My Friend’s Baby Shower? 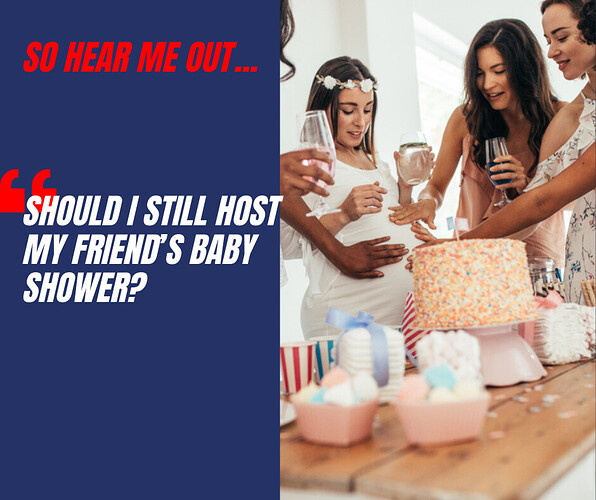 "I used to have this gf and we used to be really close. When she got with her baby daddy we started to drift apart (he's abusive and bipolar and I dont think he treats her right). She ended up pregnant by him for the second time (first ended in miscarriage and I was there helping her and supporting her the whole way). When she got pregnant again I was happy for her because she was happy and it's what she wanted. I told her I'd support her and help her as much as I can (I already have several very young kids). I knew she had very little support from family and friends so I told her I'd throw her a baby shower. That was several months ago. Since then she has barely spoken to me except when she wants something. Hasnt come around in weeks and I've seen her once when I offered to help her set up her registry. I've also collected many a second hand baby items for her and delivered them to her. She has literally gotten one thing for her baby and that's a play mat. No crib, diapers, bottles anything. I planned her baby shower for Nov; a week after mine as I'm also due but in Dec and she is due in Jan. Recently I've started to second guess if I should even be doing a baby shower for her. It's a lot of work especially with me dealing with my own baby coming and I have started to feel used by her. I feel like I've done all the work getting things for her baby and she has done nothing and it's not even my baby. I feel as if she just expects me to get everything for her kid. Maybe it's my hormones. Am I in the wrong? Should I tell her I cant do her shower anymore? Or should I suck it up and follow through?"

RELATED: AITA For Not Being Excited Over My Sister’s Pregnancy And Saying No To A Baby Shower? 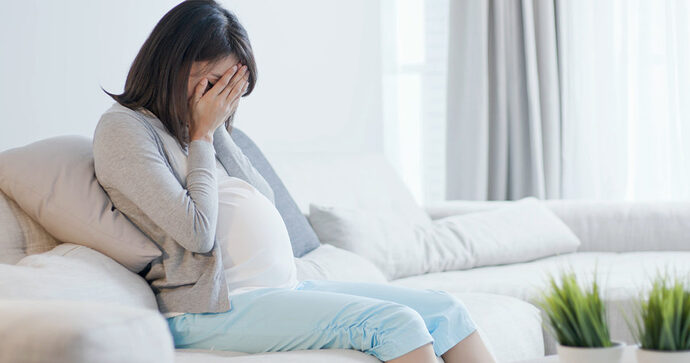 "That’s your decision. It’s very rude to have someone plan your shower for you then not come around or even talk to you. Especially since you're pregnant as well and need to plan for your own baby. I would simply just ask her if she wants you to host the baby shower & go from there. If she does then you need to tell her she needs to be more involved."

"I wonder if she’s pulled back on baby prep because she’s afraid to lose this one too? And abusive partners isolate women on purpose. Continue to be there for her, as much as you can."

"Sounds like she needs a friend. But remember, you can’t help those who are unwilling to help themselves. Take care of yourself first."

"I’d follow through, since you already committed to do it, but then I’d hold back later and see if she comes through for you in the future before making any other efforts for her."

"She needs you no matter the reason she pulled back, have the party. Be a behind-the-scenes friend. She may need to reach out for help and don’t know how or she’s embarrassed."

"I'd follow through, I mean after all you did tell her you'd throw her a baby shower. Maybe the guy she's with isn't allowing her to call or visit as often as she’d like. Have you tried talking to her about how you feel?"

"I’d still consider doing it. She could be going through a hard time. I know this happened to me when I was pregnant and I was so low I couldn’t reach out and had very little support. It all made me shut down and I disassociated from my pregnancy and it was horrible. I needed help and support. That type of help helps the wellbeing of the mother and baby, even if things never repair between the 2 of you, that type of help won’t leave a bitter taste in your mouth."

"He is most likely controlling her every move and that’s why you rarely hear from her. She needs a friend and I would help her out where you can but don’t stress yourself out also. Try to talk about it with her too and tell her how you feel and let her know you feel she has distanced herself and ask if she is ok and if she needs help in that situation also"

"If you know he’s abusive then just be there for her! Abusive men isolate their victims and pregnancy and leaving are the most dangerous times for a woman with an abusive man. If u haven’t been with an abusive man before then u don’t know what she’s going thru trust me. Most abusive men don’t even allow their victims to have a phone or be by themselves for very long either only time they do is if they need something where they know the victim can ask someone for something which is y u think she only comes around when she wants something. If u can’t b there now then end your friendship completely cause if u gonna turn your back on her while she’s pregnant and with an abusive man then u don’t even deserve to be around her or her child"

Should I still host my friend's baby shower? Relationships

I used to have this gf and we used to be really close. When she got with her baby daddy we started to drift apart (he's abusive and bipolar and I dont think he treats her right). She ended up pregnant by him for the second time (first ended in miscarriage and I was there helping her and supporting her the whole way). When she got pregnant again I was happy for her because she was happy and it's what she wanted. I told her I'd support her and help her as much as I can (I already have several very…