Was I Right to Tell My Sister's Friend to Cover Up or Should I Have Minded My Own Business? 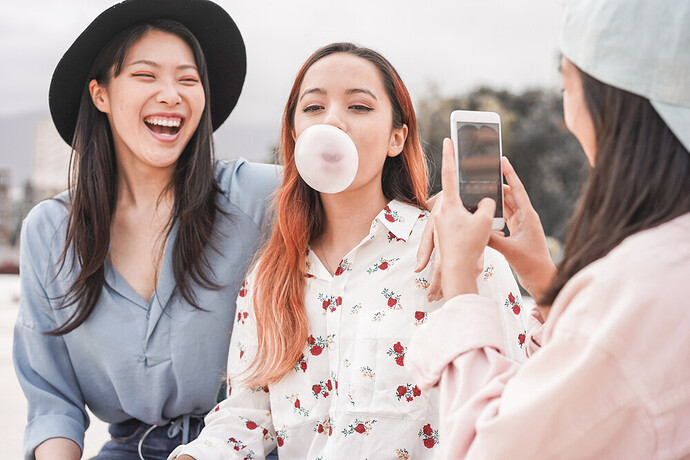 "My little sisters and her friend are freshmen in HS ages ranging between 14 and 16... My sister currently has a friend staying with them while the family is dealing with some things away from town. Her friend is 16 and always underdressed to the point where I am not comfortable hanging in my mothers house… Especially when other boys are around of age and not (cousins uncles etc) it even bothers me that the younger boys and my younger siblings are seeing her like that… She goes to school with NO bra tight crop tops and mini skirts… anyways that’s besides what happened tonight… Tonight I show up to my moms to pick up some cash and talk about my little brothers bday party this weekend. The girls ( my sisters and their friend ) were in the living room eating dinner when my male cousin and I walked in. The girls were covered and appropriate when we walked in & when I said hello the friend looked up looked at us and like ripped her jacket off… ( literally unzipped it super fast and tossed it on the couch ) revealing her bra… Her boobs were pretty much hanging out. I felt violated dude I did not wanna see some little girl in her undergarments especially open in my moms house and when we have family members over constantly… So I said something. I told her she needed to go and put some clothes on that I never want to see her walking around showing so much skin especially when there is a adult male right in front of her! I let her know I felt uncomfortable it ended up leading into a argument because my sister felt like they should be allowed to dress how they please… But me I just don’t think kids need to be dressing or showing so much skin… Be kids. I told my mom I felt very uncomfortable for the first time ever visiting her and I went home… But now I’m thinking of it don’t really know the girl. I’m not sure if I should have said something or just let her be… (she did go and cover up after saying something) would you guys have spoken up?"

RELATED: Lisa Rinna Opened Up About Her Concerns That Her Scandalous Teen Daughter Is Dating A 37-Year-Old 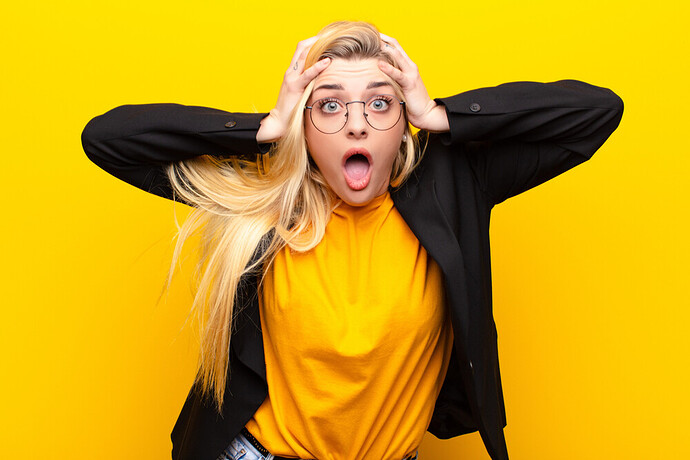 "Not your place to say a thing to the girl. Her behavior, not her clothing, suggests she may be coping with a trauma or mental health issue that is leading to her seeking validation. She needs to get into counseling. Bodies are NOT immoral."

"I’m sorry but if if an underaged girl wearing whatever kind of clothes they want as long as their privates are covered somehow bothers you then you’re part of the problem. You don’t have to like it, or agree with it, but you’re sexualizing a child. If a child’s body somehow is inappropriate for a grown man to be around then that grown man is somebody who shouldn’t be around kids not the other way around."

"The thing is, its not your house or your rules. Also society teaches young girls to dress sexy, that is our culture now. Shaming her probably did more harm then good. A lot of kids that dress like that are insecure, want to stand out because their ego are low. To me if she is living with your mom and not her own, there was already a problem. Positive reinforcement works much better. Like praising her when she wears something decent while ignoring when she doesn’t."

"I don’t think the underage girl is at fault here… I will always teach my daughter it’s not her responsibility to dress for a mams eye. It’s a bit strange you’re looking at a minor like that. If a grown adult were to say that to my daughter or my daughters friend I would never allow them to step foot in my house again."

"I don’t think a girl should have to cover up because a man comes around- that being said I also expect a minor that is also a guest in someone else’s home to have a bit more respect. Maybe this girls mom hasn’t taught her things. Maybe she’s truly seeking male attention. At 14-16 that’s expected. I think your mom needs to have a talk with her. That’s more your house than it is that little girls- why feel uncomfortable in your families house because some child wants to be sexually appealing?"

"You were trying to be helpful but actually, if she’d been sitting by a pool in a bikini would you’ve said anything? If a person feels uncomfortable around people showing skin then that is the person with the problem."

"So which male cousin or uncle sexualized you as a child? Because now you are projecting. If there’s a legitimate concern, then speak up. But if it’s just because YOU were uncomfortable…. Grow up. I’m 24 and don’t wear a bra because they are uncomfortable as fuck. Or maybe have someone that has authority over her to sit down and have a real talk with her. But your sister is right, they should be able to dress how they want."

"I highly doubt she was sitting there in a bra. Probably a crop top or something similar and you’re assuming it was. You’re also assuming she removed her jacket because a male walked in; she could have been hot. Your sister and mom live there. You do not. You don’t get to decide how a guest in someone else’s house dresses. That is up to the person in charge, and they clearly see nothing wrong with how she is dressing.
Females should not be judged for their clothing choices. Especially children. But if they’re around men who clearly have no self control it’s probably best she wears something else. But for any man who can sexualize a child then they’ve got some bigger issues going on…."

"There’s a lot of comments on here (mostly from other women) saying how she’s asking for her to be assaulted because of the way she’s dressed, and that’s just so damn disheartening, and truly rape culture at its finest. Revealing clothes doesn’t make someone rape. Being a rapist is why someone rapes, period. If you were so uncomfortable, you could have easily talked to your mother away from the young girls and brought your concerns to her in another way without letting it be known that the way she dresses is making you, a grownup, feel uncomfortable. It’s your mothers house, and if she didn’t have an issue with it, then it’s not your place to say anything. From a young age women are told to be sexual, and then shamed once they are. I really don’t think she ripped off her jacket just for you to look at her bra either. And this seems like a good idea to remind you that a child shouldn’t be sexualized, no matter what they are wearing. "

"Yeah no, you we’re definitely on a power trip, you saw a young girl doing something you didn’t like so you tried embarrassing her in front of everyone. If it really made you uncomfortable you would’ve pulled her aside and said something or something to your mom."

Was I right or should I have minded my own business? General

My little sisters and her friend are freshmen in HS ages ranging between 14 and 16... My sister currently has a friend staying with them while the family is dealing with some things away from town. Her friend is 16 and always underdressed to the point where I am not comfortable hanging in my mothers house… Especially when other boys are around of age and not (cousins uncles etc) it even bothers me that the younger boys and my younger siblings are seeing her like that… She goes to school with NO…