What causes kids to be sick all the time?

My son is currently 14 months old. For the past 6 months, my son has stayed so sick. Off and on there seems to be a constant issue. He has had RSV twice, bronchiolitis, 5 ear infections, the little colds or viral infections he has gotten here and there in between. He just doesn’t seem to catch a break. He was born at 35 weeks and 5 days however no complications he was breathing on his own, held his temperature on his own, lungs developed, etc. There was no nicu time at all. he is an only child, he doesn’t stay around kids much, and does not attend day care. I’m very cautious in public with germ ex and using buggy covers. I know this isn’t a guarantee to keep all germs away I just try to control germs as much as I can. My husband and I haven’t been sick this year. He is fully vaccinated and is considered healthy at all check ups. He is 99 percentile in length and 89 percentile in weight. I’m wondering if there is a way to have a consult with your doctor to maybe figure out what’s going on. What’s the best way to address my concerns on it. He takes forever to get over anything he gets. I understand 100% babies get sick and need to build an immunity however he seriously gets it all and keeps it forever it seems. He stays at his pediatrician for all these small little things. I came to the conclusion that maybe we need like a consult to figure out if there is an underlying issue to lead to him getting so sick. With all the little bugs and what not I would think he would have a tiny little immunity but just doesn’t seem like it.

Wow wish I knew what you can do

I would have the house checked for mold

Yea talk to your doctor, ask for a full panel blood workup

Also get him on some probiotics! I had a similar problem with my baby, good probiotics got him over the hump. They work wonders for the immune system.

When I was young (six months or so) I had already had RSV, ear infections, other viral infections and colds. My mom was always worried about me especially because she couldn’t figure out why I was getting so sick. It turns out I had allergy induced asthma and my allergies were causing infections because they weren’t being taken care of properly. It also led me to have weak lungs.

Even though this might not be what you LO has, I’d really go check with a doctor or specialist about Everything going on. Even if all you get is ‘he is fine and just unlucky with catching things’ at least you’ll have a piece of mind. But you might also find an underlying issue that no one suspected. I had to do breathing treatments for 6 months straight. But in the end, I got better. Either way, you’ll know what’s going on which will help you know what to do.

Ask your dr to do an allergy test on your son

He him son local honey/ or elderberry syrup

It may be somthing like a milk protien allergy. Casien is a ingredient in the dtap shot, my son suffered a anaphylaxis reaction to his 4 month shots. He was always getting sick and having issues. It turned out the casien triggered a milk protein allergy, once we limited all dairy and started probiotics his health greatly improved. Air filters help also, if you have carpet you may consider switching it out. Also you may want to talk to a doctor about vitamin D and C, it helps support immune systems. We went that route when my daughter started daycare, it helped alot. All the kids would always be sick but mine stayed healthy even without the injections due to exemption for medical reasons.

Talk to your pediatrician ask him/her to do an allergy test panel. Also I would ask to be referred to an ENT doctor. My daughter stayed sick. I had her in the pediatrician office every 3 weeks fro the time she was 7 months to 15 months old, got tubes in her ears and her adenoids taken out last month and since then been perfectly healthy

We started cultural probodics, all those antibiotics they give him for ears and such just ruins his immune system. I also give my son born at 34 weeks now 16 months old vitamin drops. Maybe just a suggestion.

Ask your doctor for a referral for asthma & allergies. I had to for my son who was diagnosed finally after me seeing the signs.

Your son sounds exactly like mine but mine did go to daycare, but he eventually grew out of it but the first 3 or 4 years of his life was oh so hard 4 sets of tubes, adnoids or how ever you spell it, takes out 3 hospital stays for rsv or other breathing issues when he got sick his Dr just said sine kids tend to catch things more often then others, but he always kept it so long. He is a 10 year old will be 11 this year and only occasionally gets sick now

Please talk to a pediatrician, I can’t roll my eyes any harder at some of the advice here.

My daughter was the same way. Turned out she had a swallowing disorder so she was constantly having fluids in her lungs. Even the tiniest bit can cause infections all the time. Just speak with your pediatrician and ask to run for any underlying causes that could be causing the issues. Hope you get answers soon!

Ent referral, allergy test and CBC. If you feel like you’re not getting answers, get a second opinion.

My daughter was like that hand foot and mouth, then influenza, ear infections everytime she cut teeth, a cold to follow up the ear infections. And now my son who is 5 months has already had 6 colds, 2 ear infections, and influenza a. The big difference is I am a bus driver and the kids go on the bus with me so lots of germs there.

Don’t sheild him from “germs” needs to build up an immunity to them. Also allergy testing is a good step. Also check to make sure there is no mold in your living space. That can be an underlying cause for ailments.

It could be food allergies! My son went through these type of problems too! We thought we would lose him! After years of struggle we had test done and it turns out food allergies as the cause! The worst one was wheat! Hope you find help soon!

He’s just building n immunity mama it’s okay I often had got very sick as a child when my body could handle it now I don’t get sick very often. With summer coming lots of sunlight let him run around in s diaper n lots of vitman c an have some fun with mud baths n gardening I was told these little things create great immunity for child’s even being around other snotty brats is good for them

My daughter was the same, and diagnosed with reactive airway disease and Chiari Malformation of the Brain, once the Brain Malformation was addressed and treated, she rarely gets sick

My son is 16 months and the same found out he has asthma I have him on elderberry and vitamins plus a treatment plan from the allergist it’s working but kids that have allergies or asthma just stay sicker. My 8 year old went through the same stuff and his breathing and wheezing has always been an issue we are doing weekly allergy shots with him now

Has he been fed formula this whole time? If so, maybe a breastmilk donor from a milk bank would help.

Check your home for molds

I would maybe talk to a pediatric chiropractor. Sometimes babies can get sick and need adjustments from the delivery. I did it with my son and he had a lot of issues when he was little like yours

You may need to have your house checked for black mold. It can cause all kinds of respiratory issues

Talk to you Pediatrician. No one else can give good advice

If you can understand the New Zealand accent, it could be something to bring up to your pediatrician 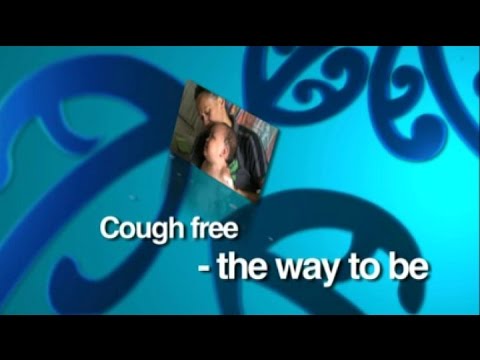