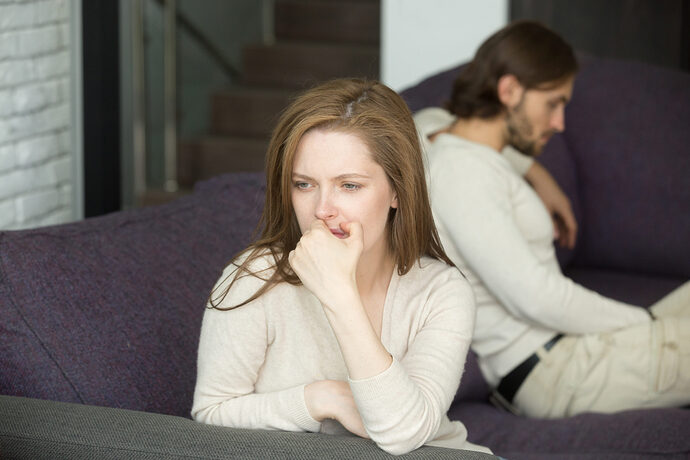 *"*My husband and I have been married seven years. We have had a lot of downs lately, and he has decided to move out. No separation, no divorce, just move out. He signed a lease within two weeks of his “needing space” phase. He now has a place 5 minutes away. He still loves me, still wanting to work on our marriage, wants the children to bounce from house to house.

It is causing a substantial financial burden and hurting our savings. We have three kids, and he just kind of left me. He still wants to date on weekends. Just needs space and possible therapy. I really want it to work, but I can’t over the fact that he loved me he would have stayed. Anyone else been through this? Can people really be lovingly living separately? What would you do?" 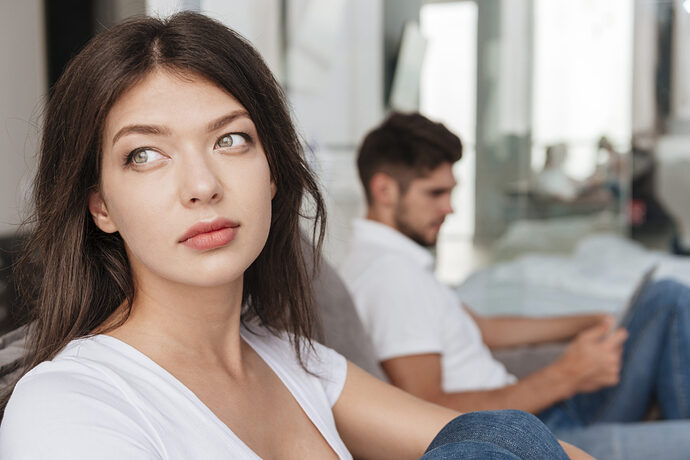 “Time for a divorce and you should definitely get legal help. He pretty much abandoned you. Sounds like a guy that wants to be single and screw around and use you when needed.”

“Divorce. Don’t let him drain you while he lives the high life. Marriage is all in or get out.”

“He should have gotten his own room not his own place if he loved you he wouldn’t have moved out.”

“Many couples go through trial separations, often at the encouragement of their therapist. Him leaving doesn’t mean he doesn’t love you.”

“He should have discussed this with you and you both should have agreed on it. He is only thinking abt himself. Don’t let these people make you believe that this is okay. I would think if he ever came back how many times would he do this again…last thing: he signed a whole year lease….he decided the relationship status for you both….concentrate on getting you single life together because that is next.”

“It can work if he is being honest with you and you are willing to go through all this for him. If he isn’t being honest as to the reason he left then you probably already lost him.”

“You want space? Sleep in the basement. This is absurd. Tell him to go to therapy immediately, grow up, and own the adult responsibilities he signed up for.”

“Don’t be available for a “date” but suggest using the time for counseling. Show him that if he left you are living independently and need to plan accordingly. Get a lawyer to set up the financials. Protect the future for you and your children. If you take him back into the home (not just his decision), you won’t be bankrupt and maybe counseling will reveal the underlying problems.”

“I can’t speak on personal experience. But this happened with my parents when I was 14. My dad moved out and moved in with his mom. They said they were separated but never once filed for divorce and never dated anyone else. We did holidays and birthdays together just as if he still lived at home. We even would do dinner and other activities together. My parents talked every day and dad would come by often. My dad always told me that it wasn’t that he didn’t love my momma, he just couldn’t live with her anymore. My mom passed away when I was 16. She passed on a Sunday. After the funeral and everything, I found out that my parents had talked about getting back together and moving back in the Friday before she passed away. That was 13 years ago. My dad is in his 50s and still hasn’t dated anyone else. He always says my momma was more than enough for him. I knew my parents had marital problems but when they didn’t live together, I noticed their relationship changed for the better. I heard my daddy say “I love you” and kiss my momma in front of me for the first time in years. My momma was heartbroken but I would remind her how much better things were between them. I think she worried how it would affect me but I never seen it as a bad thing. I was honesty relieved. It’s almost like they were dating each other again. I will never doubt that my daddy didn’t love my momma. Now that I’m older, I can understand why it might’ve been hard to live with my momma, sometimes.I think my dad did the only thing he knew to do, at the time. And I’m sure it’s one of the hardest decisions he’s ever made. Let me just say what I know was a mistake my momma made when they separated: she sold a bunch of his things that he had left. A lot of guns, including one of his dad’s black powder guns. I think she did this as a way to get back at him because financially we didn’t need the money. But I also understand how heartbreak feels and know she acted on an impulse. Daddy never really complained about it at the time but I know this hurt him. I think it further pushed him away. I say that to say this. It CAN work out and make your marriage stronger. Be careful not to do anything you may regret because of your pain. Take it day by day. Address the issues you’ve both had time to think about during this time. Seek therapy to help talk about the issues. Learn what steps y’all both need to take to put y’all in the direction you both want to go in. Pray over it. If it’s meant to be, it’ll all work out.”

My husband and I have been married seven years. We have had a lot of downs lately, and he has decided to move out. No separation, no divorce, just move out. He signed a lease within two weeks of his "needing space" phase. He now has a place 5 minutes away. He still loves me, still wanting to work on our marriage, wants the children to bounce from house to house. It is causing a substantial financial burden and hurting our savings. We have three kids, and he just kind of left me. He still wants t…