How Do I Fix My Relationship After Having Someone Else’s Baby? 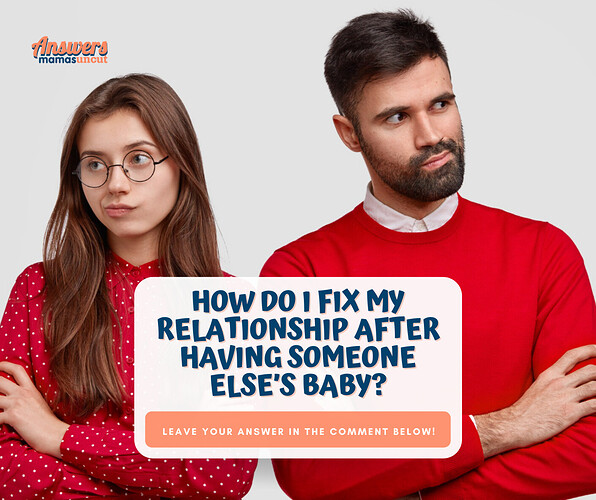 "So a little back story, I've been with the same guy for 10 years since we were 16. At the beginning of last year we went through a really rough patch and I moved out, we ended things so we could figure out what we both really wanted. Well during that 3 month break, I hooked up with someone else and ended up pregnant by that other guy. Me and my boyfriend ended up getting back together shortly after finding out I was pregnant. He was there the entire pregnancy, while she was born, has his last name and he even named her. The whole time he kept saying it doesn't matter biological, that's his daughter and etc. Her biological father has never wanted anything to do with her and basically denies her. Fast forward to now, my daughter is 15 months old and ever since she was 4 months old. Me and my bf have had alot of problems, mostly centering around how I ruined us by getting pregnant by another man. We also have been trying for our own but no luck. At first he treated her amazing and wanted her to call him dad. But lately he doesn't even want to be in the same room as us, he gets jealous if I show my own daughter attention or especially if someone says how beautiful she is, he just keeps saying how could I do that to me & he will look stupid if he stays and raises someone else's baby. I've been so understanding throughout this and accountable for my actions and how I hurt him. But it's not like this is something he just found out, he has known from the beginning. I just am at a loss what to do. I want us to be a family but I'm also afraid this did ruin us and concerned he will never accept her as she deserves to be and love her as she should be. I don't want to leave him but I don't know how to make this any better. I do not regret my daughter nor who her dad is because she wouldn't be who she is if her father was different. Any advice is appreciated. I love him but I love my daughter more and I know she deserves someone as a father figure that truly wants to be her dad."

RELATED: I Hate the Idea of Having a Blended Family: Am I Alone? 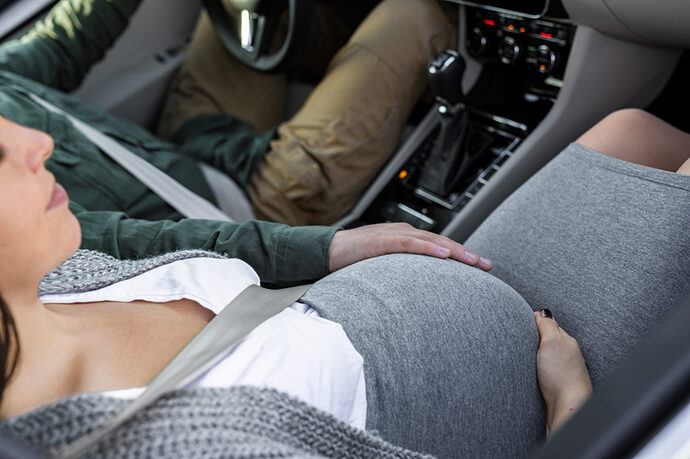 "Somebody else is in his ear."

"If he cant accept her, you know what to do. I tend to see things from your side because he CHOSE to get back together knowing you were pregnant by another man, and you two were technically broken up when it happened…time frame really isn’t relevant. That’s all the advice I’ve got tho. Children over relationships…period"

"It doesn’t work. Currently experiencing this scenario, there is a void, unforgivness and a lack of attachment regardless of the events, terms and time orchestrated together. It’s a reminder of what you did and what he doesn’t have."

"Umm if he’s treating you daughter differently and even gets jealous of the attention you show him he’s gots to go hun cause he will take that frustration out on that child sooner or not sad to say. He doesn’t love her sounds like and he definitely doesn’t like her and he’s jealous of an innocent little baby yup he’s gots to go and ASAP"

"I’m so sorry you’re going through this, but you answered your own question when you said you love your daughter more and that you know she deserves someone who wants to be her father. You did nothing wrong. He knew you were pregnant when you two got back together. He never should’ve gotten back together with you if he couldn’t handle raising your daughter and moving on from the situation that happened. You and your daughter deserve happiness. Your boyfriend will likely never move on from this. Either go to counseling together or just end things. Your daughter deserves better."

"I would have a serious sit down talk with him. Ask if he can do this or not. He knew about it from the beginning. so ask what changed? Tell him to be open and honest. Going back and forth isn’t helping, he needs to make a decision for her and for your relationship. Unfortunately you might have to let him go… but that’s his decision because it sounds like you’re all in if he is."

"He probably did mean everything he said when you were pregnant but maybe now seeing your daughter is a constant reminder to him. I think it’s time to move on."

"All I can think about is how poorly she would be treated if you guys have a child. If he’s already so bad now, imagine him having a biological child and how different he would be. I definitely think it’s time to move on for your daughter and yourself"

"I think someone else is influencing him, I think it’s a noble thing for a man to step up and be a dad to a child. It says so much about a person. I really admire that, and this is the only dad your daughter knows. Maybe give him space and remind him that he’s her only dad she knows. Good luck."

"First. Any man that is jealous of a child getting their parents attention, being around a child or the child getting complements isnt a man at all, In my opinion. Second, Its not like hes just finding out about it, So why is he being a tit bag about it now for? You getting pregnant and having your baby did not ruin yall, Whats ruining yall is your boyfriend by acting the way he is, You have to do whats gonna be best for not only you but for your daughter also"

How do I fix my relationship after having someone else's baby? Relationships

So a little back story, I've been with the same guy for 10 years since we were 16. At the beginning of last year we went through a really rough patch and I moved out, we ended things so we could figure out what we both really wanted. Well during that 3 month break, I hooked up with someone else and ended up pregnant by that other guy. Me and my boyfriend ended up getting back together shortly after finding out I was pregnant. He was there the entire pregnancy, while she was born, has his last na…