I Am Constantly Reminded of My Husband's First Marriage 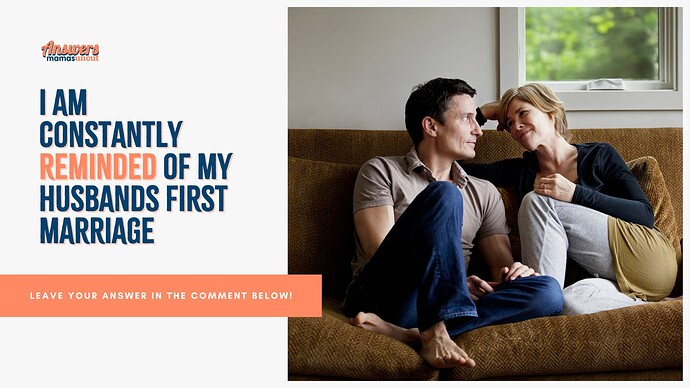 "I am my husbands second wife and I’m struggling with that fact he's my first husband and hopefully only but I get referred too as the second marriage a lot. His ex and I share the exact same birthday and I’m constantly mixed up with her the year is different she’s older but date and month are the same so whenever I go to our hospital or doctor office they ask surname date of birth and middle name we share that as well I immediately mixed me up with her. They have zero children and we have 2 sons. It’s been years and it’s still happening and I hate it so much. I have to drive past the beautiful location where they were married daily as I take my kids to school and he married me in a dining room like literally a dining room with dogs barking in the background the whole time I could barely hear the words spoken. I’ve suggested we do a vow renewal but he tells me no it’s pointless we are already married. It’s so embarrassing and I’ve had enough I don’t want to compare myself and my marriage but it’s getting impossible not too. She still wears the ring his mom pointed that lovely fact out. Where my ring unfortunately 5 years later I’m still waiting for. I don’t want to end my marriage but I feel like that’s she’s impacting everything we do as husband and wife. He kept talking to her for the first 2 years of our relationship inappropriately so. Then stop when I said I’m leaving you this isn’t okay. Lied about a lot regarding her. And even hung on to a lot of her belongings I would find clothes in the house we brought together in boxes and he would immediately say he totally forgot he packed them etc We’re military so we are nowhere near where she lives I don’t think his cheating and I met him 2 years after they divorced so I don’t understand why she’s still relevant. It’s killing me I love him but I can’t keep living in someone else’s shadow"

RELATED:Justin Bieber Admits He Had An Emotional Breakdown After Marrying Hailey Bieber Because Their Marriage Didn’t Fix This Problem 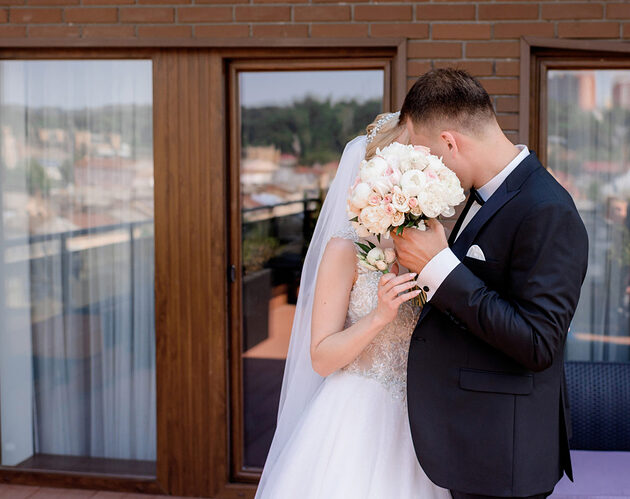 "The last part of this post it sounds like your husband isn’t over his ex. The part about doctors that isn’t his fault. Idk if he realized things like a ring and wedding isn’t what matters that the relationship does or if he just wasn’t as into you as his first. That’s something you would know better. If you aren’t happy then do what you need to do."

"Sounds like YOU are not over his EX wife. Stop comparing your self and your marriage to hers/theirs. Circumstances can always be different, obviously you don’t or shouldn’t want what they had…THEIRS ENDED be different, have a long healthy marriage and only focus on what you 4 have not anyone else."

"Wow same bday? Sounds like he is not over her! Better get counseling. Talk to him. Ask him how he would like it if the situation was reversed. And it was him having to go with this with your ex???"

"girl, I am not gonna sugar coat this. Either you need to leave, get therapy and find someone who will value you or you need to INSIST that BOTH of you see a therapist both individually AND together if he wants to make this work. And you NEED to set some damned boundaries with his family and ESPECIALLY his mother. At the end of the day, you have a choice: staying in a one sided marriage and teaching your boys that this is okay or, as painful as it would be, leaving, healing properly WITH HELP and finding someone who will TRULY VALUE YOU and give YOU what YOU deserve, which is NOT happening now. I am not gonna say that it is hopeless YET, but it is NOT gonna get better unless AT MINIMUM you BOTH get some counselling both together AND separately. And find a marriage counsellor that will treat YOUR MARRIAGE as the client, NOT just one of the two of you."

"Sounds like you are not over it. And honestly there is no reason a hospital should be mixing you up unless you have the same first name as well. And even then they should be confirming with ID or ssn. But I really feel like YOU are the one constantly comparing yourself to her."

"Sounds like you’ve compromised a lot and he doesn’t value your wishes and needs. If it is a ring and vow renewal you want then you deserve it. I understand it probably isn’t about either thing being fancy or anything. It is about having those pieces and moments to treasure and I would probably be mad too. Especially, the ring. I have a cheap wedding set and I am fine with that but I needed something because it is an important symbol of marriage to me."

"You are not wrong to feel the way you do BUT you need to go into counseling. It would be better if he would go also. This way you can navigate how to deal with this. It sounds like his family still likes the first wife if they keep bringing it up. I would also tell him you want a ring for both of you. I am not sure why you hurried and married in a dining room unless he was getting ready to deploy and I can see that. Remember most men do not care about weddings. That is a female thing and most likely he figures that since he married you that is good enough. One also has to wonder why the first marriage failed."

"Sounds like you need to have a very long talk with him about everything the way you are feeling the way his first marriage is making you feel… the way you share the same birthday, surname & date of birth everything is getting to you and stressing you out but you are comparing yourself when you have to remember he isn’t with her, he didn’t have kids with her but if they aren’t married anymore she doesn’t need to still have his last name and you also need to stand up for yourself whenever his family refers to you as “ the second marriage” just reply with yes I may be his second marriage but you can stop referring to me as the second marriage, you are his wife now. You can’t help the past and how it happened, you will have to find a way to move past your husband being married before otherwise it will ruin your marriage because that’s all you will be thinking about."

"Hun you’re going to have to get past your insecurities. You keep comparing yourself to his first wife. Don’t do that. If drs offices are mixing y’all up then go back to your maiden name. As for your mil tell her how you feel when she talks about her ex dil then if she doesn’t stop distance yourself from her"

"First, don’t compare yourself to his EX wife. She is a Ex for a reason. You’re his wife and the mother of his children. As far as where you two were married, he possibly married her in a fancy place, but you seen that didn’t last. You married him in a family setting, which to me is more intimate, and your biggest issue is being called by his ex wifes name when you go to appointments. Have them update it by SS# and remove his ex wife from the medical profile that links to you and your husband. Best wishes for you and your family!!"

I am constantly reminded of my husbands first marriage Relationships

I am my husbands second wife and I’m struggling with that fact his my first husband and hopefully only but I get referred too as the second marriage a lot. His ex and I share the exact same birthday and I’m constantly mixed up with her the year is different she’s older but date and month are the same so whenever I go to our hospital or doctor office they ask surname date of birth and middle name we share that as well I immediately mixed me up with her. They have zero children and we have 2 sons.…