I am pregnant and having sharp pains: Thoughts?

I’m 27 weeks pregnant (28 weeks Wednesday), and I’m having constant sharp pains in my vaginal area. Is this normal, or should I go in?

Help a mama out and respond anonymously on our forum. I am pregnant and having sharp pains: Thoughts?

Sounds like you’re stretching. If you’re worried call 13 HEALTH or your hospital for advice but it’s not uncommon

Are you having contractions

Your pelvic muscles softening…can hurt like hell !! But if worried , see your Dr to alleviate any worries…good luck with the birth of new bub

I wouldn’t listen to advice on here because every pregnancy and person is different, I had these pains at 34 weeks with my first and ended up having her right then and there once I got to the hospital, please seek medical advise ASAP

I wouldn’t ask any of us! Mom of 5 and I would still call my OB if you’re in any discomfort that feels alarming. You can never be to safe when it comes to making these little ones

Honestly I’d def go get checked out if I wasn’t sure. It could be a few different things. Some are normal and ok, contractions are not ok.

I’d call ur dr if this isnt a normal occurrence and painful.

sounds like lightening crotch. But call your OB to be safe

I would bring it up at the next appt, for sure…just to be on the safe side… 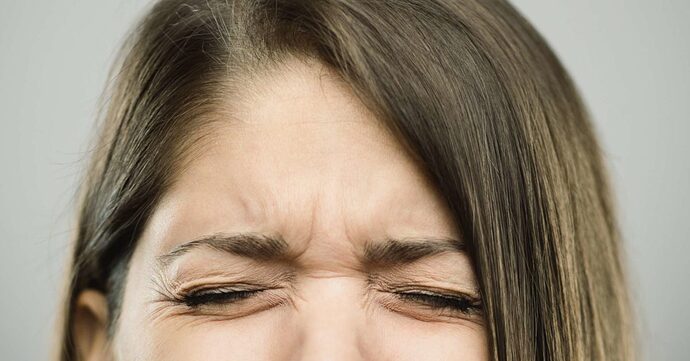 Lightning crotch: Causes, remedies, and how it feels

Some pregnant people may experience lightning crotch, which is a shooting pain in the vagina, rectum, or pelvis. Doctors do not fully understand its causes, but there are several home remedies that can help to ease the symptoms. Here, we look at the...

Call your doctor. Why are you even wasting time asking the internet.

I had them constantly for about 2 1/2 weeks with my daughter. It was “lightning crotch” as they call it. It was just baby putting pressure on the nerves in my uterus… BUT if you’re uncomfortable you definitely need to go be seen and make sure it’s not anything else.

Sounds like lightening crotch. Honestly never seen an explanation for it but have heard almost every mom describe them lol

Mama what u need to know is every persons experience is different. What might be normal for you could be bad for me. Please ,whenever you experience pain go to the ER.

Anything that feels off in your pregnancy, go get checked. I would much rather be hyper vigilant than to miss something…

Always go in whenever you are concerned but it’s probably just the pressure in the groin area. Fairly normal. Always go in no matter how small you think it is better to be safe than sorry!

I would call Dr just to be sure tho

But 36 weeks 3 days myself and I get it I Thaink it’s lightning crotch , it Ms your down below preparing for birth , not comfortable , you can take tylonal and are a warm bath to help sooth it and if start to bleed and it covers a pad and cramping go er

I’ll be 29 weeks Wednesday. Baby girl keeps positioning herself on my pelvic bones and causes some major discomfort but after a while she moves around and the pain is completely gone. Like it never happened. My dr told me last week at my appointment to expect some pressure and pain in my pelvic area at times cause my body is preparing for birth. I started feeling the pelvic pain at 27 weeks. It does get better but the uncomfortableness continues on. But like I said I think half of it is how she positions herself, the rest is your body preparing for birth. Hope that helps!!

Normal I had them with all 3 of mine.

For peace of mind: get it checked out. You can never be “too cautious”

Hope all is well.

To be safe call your doctor

Lighting crotch… but if you feel like you should call your doctor and get checked it never hurts anything.

If it doesn’t go away by tomorrow then I’d be concerned (unless it’s like excruciating pain). Lightening crotch makes me jump a little, it’s like a shooting pain, tends to go away within a few hours but does show up randomly again sometimes.

Ring your MW or go to the hospital

Normal…especially if it’s your first baby.
lay down and drink water. Try to relax.

If other symptoms occur that won’t go away either or anything gets worse then that’s when you should call.

Sounds like a UTI. I’d go to the doctor just for peace of mind. I could be wrong lol.

I’ve had four babies. I had “lightening crotch” or “fanny daggers” with every single one! Call your midwife if you’re worried though x

I had it all my pregnancies

I had that pain also

Oh, I remember… My girl was laying in front… It started at 25… Sometimes I thought she would fall out… She didn’t… It’s the body working towards labor. My daughter came at 41 weeks in 2 hours…

Go in for ANYTHING that concerns you, your doctors would rather hear from you every day for dumb stuff than have something happen. But, yes, like totally normal…happened to me a lot towards the end of my pregnancy

Lol lightning crotch. I had this with my son and had very noticeable…uhmm…spasms…until he was born

Help a mama out and respond anonymously on our forum. I am pregnant and having sharp pains: Thoughts?

I would say lightening crotch. It’ll knock you off your feet. But I think if it stays pretty consistent, just call to be safe!

Probabley lightening crotch but never hurts to get checked. I had my daughter at 28 weeks

Id call the nurse line and if u dont feel reassured after that id go in. That happened to me a lot and I had varicose veins in my vagina and it was painful. Couldnt have sex. Just sat on ice packs

Mention at next doctors appointment. If no blood though I’d assumed its lightning crotch. I’ve have it really bad this pregnancy myself (baby #3) started around 25 weeks.

WHEN IN DOUBT GO GET CHECKED
I HAD MY SON 28WEEKS 2LB 11OZ PREEMIE SO TRUST UR GUT INSTINCT. dont ever think your over reacting

Better safe than sorry you should
Get checked out but you could have vericose veins down there. They go away after delivery but can be super painful until then.

I had that with my first and it was just normal, lots of stretching happening but I did call my nurse line to make sure they ask you questions and tell you what to do

Completely normal! I had this! If you grow concern most definitely just call up your ob/gyns office and tell them about it. Doesn’t hurt to ask.

I think that’s a question for your doctor, not social media. Could be totally normal, could be a problem. I know I felt this depending on how the baby was sitting. She liked to stretch into my lungs and kick me in the vagina all at the same time.

Yes it’s called lightning crouch. I know it sounds crazy bc I thought it was made up but look it up

Better safe than sorry… you can always call your doctors office

Totally normal! Things are growing and changing but if your worried call your OBGYN and double check

This is normal towards the end of pregnancy because it’s the cervix thinning out so if you’re that early in the pregnancy I would get checked out. The cervix could be becoming thin too early

Go in. It’s better to be safe than sorry!

Its called lightning crotch and they can get pretty painful. Ive had them so bad that ive had to sit in the middle of an aisle at the store.

Anytime you feel different go in. Better to be safe than sorry

Why on earth would you ask this in this forum? Wait for replies. Go to the doctor!!

Genuinely never heard of this and I have babies

It is obviously a thing as it’s what everyone has said so far, but regardless I’d still have a quick check up to be sure. Better safe than sorry x

Lightning crotch… I’d still call your doc but I had it too. Not the best, but normal with body changes.

That lovely is called lightning crotch. It’s awful and completely normal. For some relief try adjusting how you sit or sit on some pillows. It’s not fun and I’m sorry you’re going through that.

Lightening crotch while painful is completely normal I’ve had it with all four. However you know your body if something is bothering you go get checked xx

I’m 29 weeks and went to the Dr. Yesterday. The baby is really low, and deep in my pelvis. We checked it out and nothing was wrong. It’s exactly what others have said lighting crotch! It sucks! Feels like you’re being stabbed in the vagina with a dagger.

If you are ever worried then always be checked. Rather be safe than sorry, I ignored signs and was told things were ‘normal’ I had my first daughter at 24 weeks! Always go with your instinct xx
Just to edit- my daughter is now 7 xx

Normal, mine was so bad I would stop midway walking and have to wait fir it to pass, it is the cartilafe and tendons getting loose, sometimes i couldnt even sit… you will find the correct wording on google.

I had them aswell all pregnancies but check with your doctor

I had this too, it’s called lightening crotch

it’s absolutely horrendous, especially when you’re out doing a food shop when it happens

it’s nothing to worry about. It’s the cervix stretching. It’s embarrassing when out and about but perfectly normal. Xx

Why aren’t you calling your doctor

I actually wondered what that was

I had it with both of mine and I remember saying to my partner it felt like lightning had shot up through me. I thought it was just my weird body

All normal, I had it with my 2nd pregnancy only, I was stood up and then wincing in pain to the point my face looked like I was trying to break wind

so bloody painful, it lasted for about a week and then disappeared xx

the worst! If you’re concerned though - check in with midwife x

Always worth a call for reassurance

Call nurse on call for advice

Call your Doctor and ask

sore as, had it with all 4 of mine, lightening…if your worried though talk to your LMC

Go and get check up.
Good luck.
Keep us updated x

As long as there’s no bleeding it’s probably lightning crotch. It sucks but nothing to worry about. If you can’t shake the worried feeling though, go to the e.r. or at least call and talk to the OB on call, it’s always better to be safe and easing your mind really counts during pregnancy.

It’s normal! I had it a lot especially with my second at night time, if you’re having trouble sleeping with it try putting a pillow in between your knees should help😊

I had this around that time it happened while I walking to the shops I nearly fell to the floor with the pain, phone your midwife or doctor if you are worried x

Get a belly band

That sounds like lightening crotch. Just your muscles stretching to prep for delivery. If you’re worried though, Def go in