I Have Been Married For Twelve Years And Don't Think My Husband Loves Me: Advice? 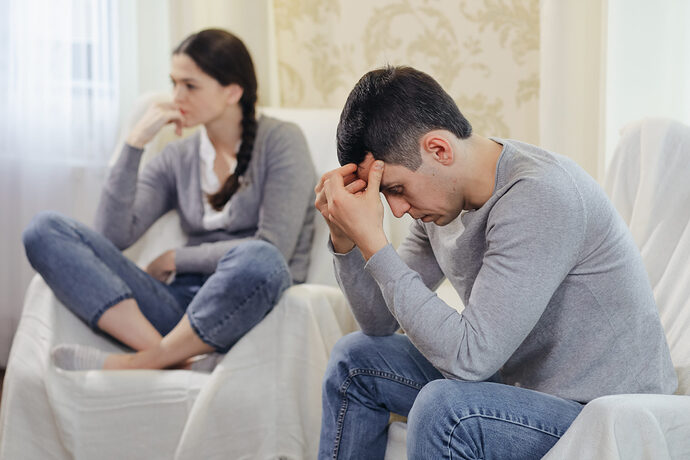 "I have been with my husband for 12 years and married for 10 of those years. We also share three children together. When I first got with him, I wasn't really sure if he really liked me or he was with me because I became pregnant the first time we had sex. Throughout most of our marriage, I would always catch him texting other women, and I would ask him, and he would always tell me that he was just messing around on text with them because he thought it was one of his friends playing a joke on him. I found out that he received oral sex from one of them and the other two he kissed. We worked things out. He changed his phone number, and as far as I knew, everything was going fine. Now fast forward ten years later. I don't know if he actually loves me, but I sure don't feel it. The only time I get a hug or a small kiss on the lips is before he leaves to go to work. There's no holding hands or cuddling while we watch TV. Even when we go to bed, he lays his way. I lay my way; there's no hug, there's no kiss, good night, nothing. Just recently, my dad passed away, and my whole world was shattered; and I thought that was going to be the time that my husband was really going to come through and show his love for me. The day after my father passed away, my husband came into the house and told me that I had my day to grieve and now I need to get back to our regular life. If he sees me crying, he doesn't come and try to console me. He doesn't do anything to try to make me feel better. The other day I was looking through his text messages, and apparently, one of his coworkers lost her mom, and he has been texting her, checking on her, making sure that she's okay, letting her know that anytime she needs someone to talk to that he's always there for her and he's always asking if she wants to go to breakfast, but he can't do that for his own wife? I know that he's not physically cheating on me because he literally goes to work and comes back home, but he texts almost every single female that he works with, and it's not text-only talking about work their personal texts, and to me, they all seem somewhat flirtatious. I am so confused about what to think. Even with sex, if I don't initiate it, we can go months without doing anything. I can be completely naked and walk across the room, and he doesn't even notice me. I've tried to sit down and talk to him. I've tried to write him letters, and instead of listening to what I have to say, he gets extremely defensive and really mad. And I'm just at the point where I don't know what to think. My mind isn't right now, but I don't feel any love from him; I feel absolutely nothing. If anything, I feel like I'm a live-in housekeeper and nanny for him. Birthdays anniversaries Christmas I've never received anything from him in the 12 years that I've been with him. I know gifts are just materialistic, but I'd be happy if he even wrote me a handwritten letter just to say I love you. Am I just overthinking this or something wrong? He says he's just not a romantic person, but all his ex's all seem to say that he was extremely romantic and that he used to send them flowers and give them teddy bears. To this day I have never received a single flower or teddy bear from him" 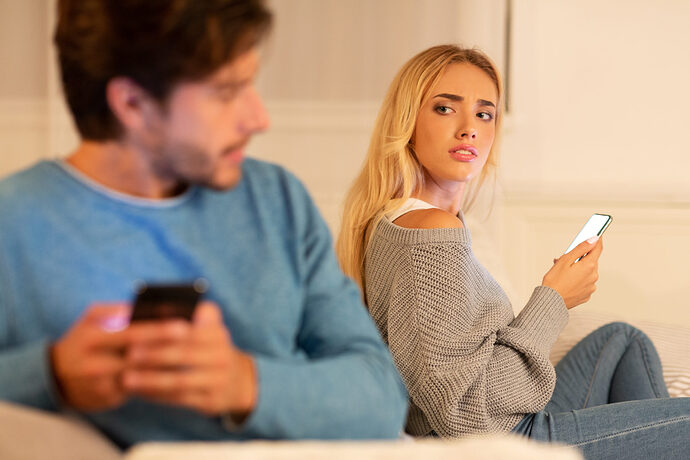 "I think you've known all these years but you were in denial. And that's ok sometimes takes time to understand and come to the realization that it is not meant to be. And in all honesty, once a cheater is ALWAYS a cheater. It is now time for YOU to put YOURSELF first. IF HE WANTED TO HE WOULD! If he hasn't changed in 12yrs he NEVER will. It is time to go and not waste anymore of your life with a man like that. He is treating other women better than his wife…..no honey he needs to go. Men will always blame us women for their mistakes, their poor choices don't let this man make you feel this way. Once you hit him with the divorce paper he will beg you not to leave but the baby girl he doesn't deserve you!! Get a therapist to help while you get out if this Horrible relationship. Good luck."

"Life is way too short to have a partner blatantly oversee you and your feelings. He is incredibly narcissistic, carrying on with other females, let alone coworkers. Your children deserve to see a happy mother. Most humans become a product of their environment growing up, unless the individual wants change and enlightenment. My drive would be to try to be the best role model for my children while showing them what and what not to tolerate."

"I'm so sorry you're going through this. Only you can decide what is best for you, but I stayed in a loveless, toxic marriage for 18 years. It's not worth it. I wasted my best years on someone who didn't deserve me."

"I was dealing with that and I'm now divorced……know your worth girl and find someone better."

"He's emotionally cheating on you. His time and affection should be with you and not another female. If you don't leave you will be really lonely plus you are teaching your kids that this is what a marriage should be. Best wishes."

"Please don’t waste any more of your life with this man. It makes me so sad reading this especially about losing your Dad and how he treated you, then how he treated his coworker with her loss. Leave him, it will be hard for you and the kids at first but in the long run, you will be so much happier. This is not how you should be treated in a relationship, in my opinion, it’s mental abuse, in your own text you realize he doesn’t love you and it’s just convenient for him!"

"If he hasn't changed in the 12 years you know him do you really think he will. How long will you allow yourself to be hurt, you have the power to make yourself happy but yet you're not doing anything about it. Sometimes in life, you reach a point where you have to say enough is enough and I'm going to do what's best for me and you being the best version of you is definitely going to be beneficial to your children."

"I think you already know the answer to your question babe. As hard as it might be to face the reality of it, let it go. He's not happy and the attention you're looking for, he's giving it to other women. Essentially making you unhappy as well. I'm sorry he's putting you through this. A real man that truly loves wouldn't nor would you have to question your worth. You deserve better…so go find it!"

"You deserve better and more. Your children deserve for YOU to be happy!!! I don’t care to me this is a form of cheating as well. He has no business talking to any other women like that!!!"

"No one deserves to feel unwanted and unloved. I think it's time to leave and find yourself someone who can truly bring you happiness."

I have been with my husband for 12 years but I don't think he loves me: Advice? Relationships

I have been with my husband for 12 years and married for 10 of those years. We also share three children together. When I first got with him, I wasn’t really sure if he really liked me or he was with me because I became pregnant the first time we had sex. Throughout most of our marriage, I would always catch him texting other women, and I would ask him, and he would always tell me that he was just messing around on text with them because he thought it was one of his friends playing a joke on him…