My Boyfriend Blows Me Off When I Bring Up Marriage 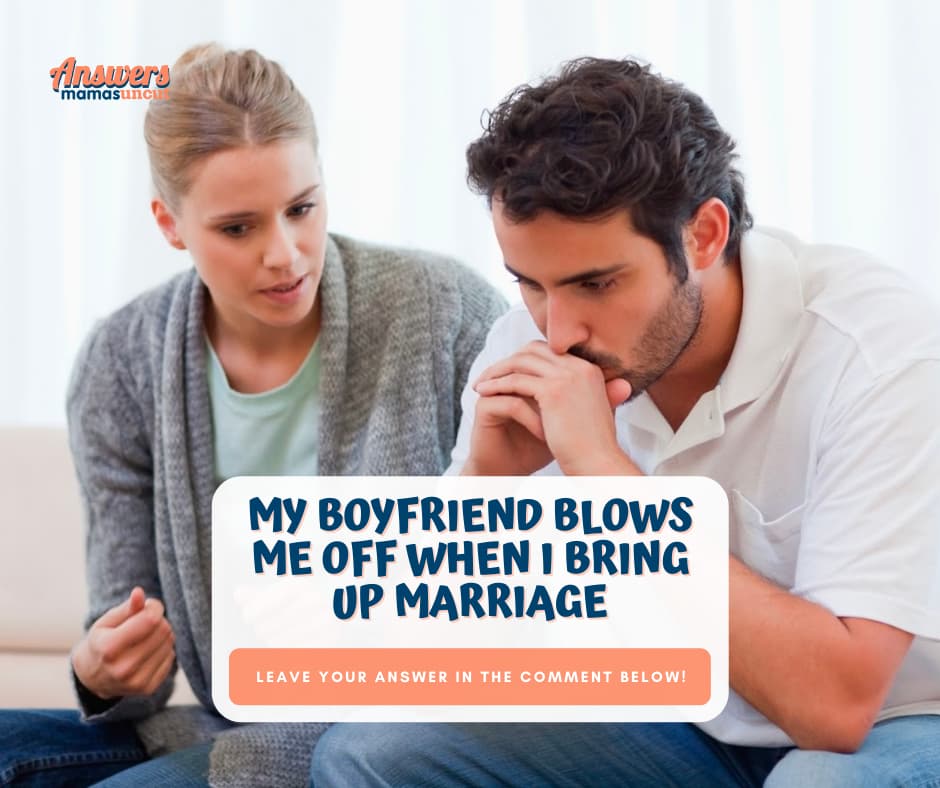 "Me and my boyfriend have been together for going on 5 years. We have one daughter together and we live together. Every time I bring up marriage or a ring he blows it off. Or always says when my attitude changes. What should I do? Should I kick him to the curb or what?" 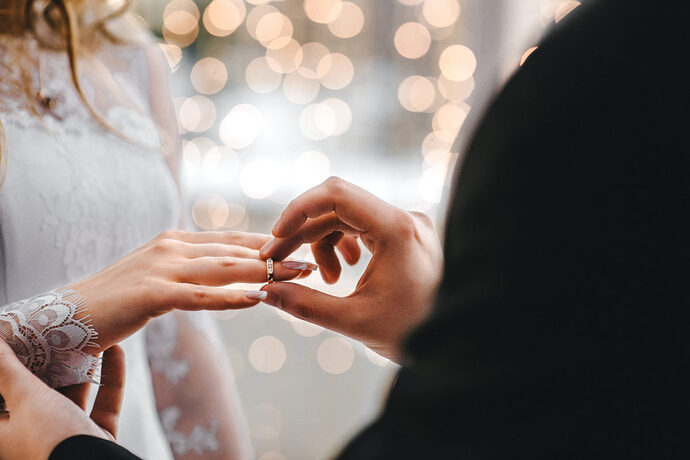 "Don’t force a marriage… if y’all love each other what’s the problem? What will change if you get married? Nothing. He will love you just as much as he already does now."

"It’s never a good idea to force someone into something they don’t want. U have to decide what’s more important, a solid relationship or marriage. I understand how u feel because I wouldn’t want to live with someone forever without getting married. Also remember that if it’s something he doesn’t want and ur push it, it will end up failing"

"If he wanted to put a ring on it he would have by now. So if marriage is important to you, you need to find someone else."

"If you guys won’t want the same things then it might be time to move on."

"Don’t force something that’s not meant to be. Your post is vague but it sounds like he has no respect for you. Ask yourself if that’s really the life you want. That baby girl is watching you and the way he treats her mother will affect the way she will let a man treat her later on down the road."

"One thing you don’t get back is time…if marriage is what you want and he doesn’t, maybe it’s time to reevaluate y’all relationship. Good luck with everything."

"Don’t wait around for him to ask? Maybe propose to him or don’t bring it up?"

"First and foremost, remember that not everyone wants to get married and you cannot force him to marry you. I mean, you can, but do you really want him to marry you just because you “bugged him to”? With that said, don’t let him blow the conversation off. Don’t let him change the subject. The future is a discussion that every couple should have, because if you two want different things, you’re wasting each other’s time. As for the attitude comment… just no. You don’t choose to marry or choose to not marry someone based on their attitude. The whole institution of marriage is for better or worse. I would flat out tell him that you two are having the marriage conversation and then go from there. If he blows it off or makes excuses, then it may be time for you to walk away."

"That’s a big step in a relationship. You have a family, doesn’t mean just kick him to the curb. Have you ever try to talk to him before about how he fells about marriage? If he ever wanted to get married? Before committing into a relationship and having a child together, these questions should of been ask by now. If you guys are happy and have no problems why continue to bring it up?"

My boyfriend blows me off when I bring up marriage Relationships

Post anonymous. Me and my boyfriend have been together for going on 5 years. We have one daughter together and we live together. Every time I bring up marriage or a ring he blows it off. Or always says when my attitude changes. What should I do? Should I kick him to the curb or what?