My Ex's New Girlfriend Forces My Son To Call Her Mommy: Help! 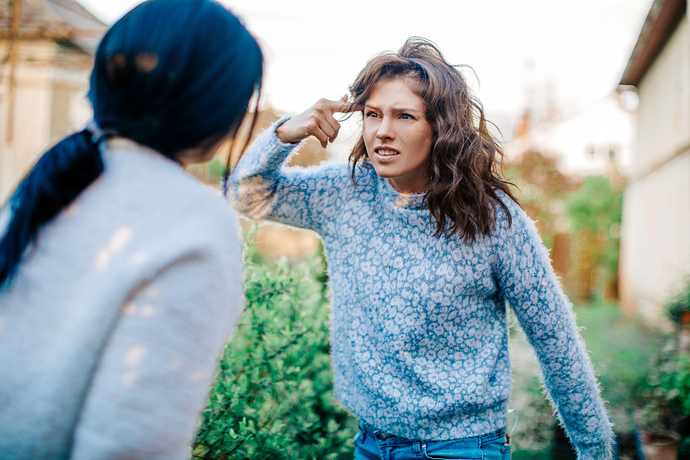 “I have a little boy, and his father and I are separated and have been for a few years. We share joint custody of our son, and he is a great father to him, and I have never had any doubts about that. I’m just wondering if anyone has any advice for new partners stepping…. My ex’s gf makes my son call her mommy when he is with them, and if he doesn’t, then he gets in trouble ( he has told me this. ) Now, before you tell me to address the situation with the father… I wish I could, but I cannot as communication is not allowed as new partner doesn’t allow it……( answers his texts/calls for him ) I’m at a loss. I have been very civil, trying my best too not to include my son in any unnecessary family drama… do I have a right to be upset that another woman is MAKING my son call her mommy? ( he calls me by my FIRST name when he is there sometimes, and no, they don’t correct him. ) I’m all for the more people who love him in his life, the better, but that’s my BABY.”

RELATED QUESTION: Am I A Terrible Person For Not Liking My Step-Daughter? 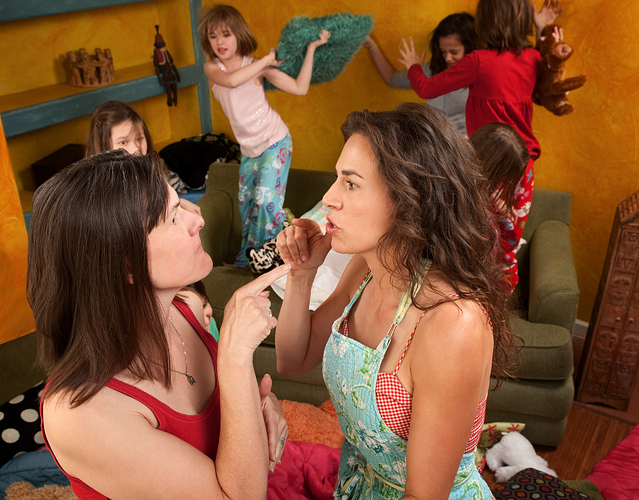 “My fiancé is the only father my son has ever known and he calls him by his first name. And we’re getting married and expecting a daughter this November. He doesn’t push my son to call him anything. My son chose what he is comfortable with: she’s overstepped BIG TIME. I would get in touch with the father and put my foot down. That poor boy. If it didn’t stop then we’d be in court because manipulation of a child is absolutely horrid and you gotta protect that sweet boy of yours. If they’re refusing communication take it to court. This is a big deal. And some might not see it that way/ but it is a big deal. Speak to an attorney. This is just not okay on any level.”

“I would do a notice that the child cannot go over there until you are able to communicate with his other parent. My husbands ex wife is annoying and i do say something when she calls too much but never get crabby when she calls about the kids. They also refer to me as a mom and if hubby addresses me like “give that to mama” (we have 3 little ours kids we call each other mama and dada) they answer but to address me they use my name . i would not be ok sending my kids to an adult im not able to communicate with.”

“You do not have to communicate through her. Your ex should be communicating with you regarding your childs visitation or there would be no communication. I would go right to his house and speak to him, if shes there so be it, address her too. This whole situation is a Hell NO. Put your foot down, I wouldnt have it. Now if she had been around for a long time, was married to the dad then the child could come up with something they felt comfortable calling her then that’s fine. Shes just a girlfriend, and sounds like shes hasnt been around too long. No.”

“You need to discuss this with your lawyer. Having conversations about your joint child is an important part of coparenting. If someone is getting in the way of that you need to have a real chat with someone knowledge of your court case.”

“WAY stepping over line for her. It should be your sons choice to call her that. I have been in my step kids life’s for 5 years and they still call me by my first name, they have asked if they can call me mom and I said by all means go for it! Just know I’m not replacing mommy! I feel A child should never be forced to call a step parent mommy or daddy if they don’t want to specially if there only a gf to the father.”

“I definitely would say something to your child’s father whether she likes it or not and I would do it in person not no text nor call n tell him very bluntly that your child isn’t allowed to call this other woman mom cause she’s not his mom and never will be. I don’t think the girlfriend and dad will be together very long since she’s trying to control him tbh.”

“If the child themselves give a title, that’s one thing. Your son is being brainwashed.”

“Even if she does answer the calls and messages, I imagine at some point he has to be picked up or dropped off. My child would not be going anywhere until this matter was discussed. If the gf is that controlling, sounds like dad may be a bit of a push over and I wouldn’t depend or trust him to correct the situation. I’d be really concerned that your son says he is disciplined for not calling her mommy. Red flags!! Handle your business.”

“Take it court and have meet pick up time and drop off time were only he is there or his parents. Until they are married you can enforce that. Put your foot down. Your son shouldn’t be forced to say that only if he wants to.”

“Take It to family court. Have visitation modification to where she can’t be around until a certain time frame or they are married. Get strict communication schedule for you and father and have It documented it’s not to go through a 3rd party at any time.”

I have a little boy, and his father and I are separated and have been for a few years. We share joint custody of our son, and he is a great father to him, and I have never had any doubts about that. I’m just wondering if anyone has any advice for new partners stepping… My ex’s gf makes my son call her mommy when he is with them, and if he doesn’t, then he gets in trouble ( he has told me this. ) Now, before you tell me to address the situation with the father… I wish I could, but I cannot as com…