My husband wants to leave my for a girl in another country that he met online, what do I do?

Relationships
Anon September 2, 2021, 8:52pm #1
My husband of 7 years is chatting to this woman on game site and she's his best friend apparently . I have seen messages saying night baby and I miss you on his phone . Wasn't looking , it popped up when I was in the room . He's now saying we are done and he hates me . I'm heartbroken . What do i do ? We have three kids . He's never met her as she lives in another country.
421 Likes
NonnieRazzi46 (Lorena King) September 5, 2021, 8:28pm #2

Before you do anything with community property, find out what your rights are. You don’t want his attorney coming at you, for wrongful acts on your part. Whether he goes to the other women or not, I would have him out of my life. There are just so many things wrong with him as a man, a husband and a father.

Help a mama out and respond anonymously on our forum. My husband wants to leave my for a girl in another country that he met online, what do I do?

Kick him out girl ! Make him feel like shit too he’s using you for now basically

Leave. Find u another man

I think it’s writing on the wall love. It will hurt for a little while, but leave. Let him do bad on his own while you move on and find a man who will love and appreciate you the way that you deserve.

Pack his bags and tell him to close the door on the way out .

Make him feel the same

Kick him out. Transfere what money you can for you abd ho file for custody. Change locks snd count yourself lucky you got rid of a douche bag.
Sorry.

Get an attorney right away. Just in case he tries to take the kids.

The trash is taking itself out…

You pack his bags hes someone eles problem now.

Leave! It would be funny if he found out it was a catfish.

Let him!! And laugh your ass off when he gets taken and scammed

Tell him he probably being cat fished

You deserve better!! Let him go!! And don’t take him back!!

You’re kidding right? You are worth more than that.

Leave him !! Let him find out the grass ain’t always greener on the other side !! Put him on child support

Let him leave , he’s more than likely being cat fished let him learn the hard way . It may hurt you now but it will hurt more if you stay with him

Let him go. You deserve l so much more

Pack his bags and wish him luck

Nothing for you to do. Don’t let him tell you twice. Get outta there!! I’m sorry to hear that. Smh he can get the fuck on

Kick him out! Let him deal with it! You have kids to protect.

Tell him the girl is u, and u been cat fishing him​:joy:

Let him go… don’t waste your precious time with him

Let his cheating ass go and pray that he’s being catfished so you can laugh.

Let him spend his money flying over there to find a 57 year old man.

Let him go, might not feel like it now but you can and will survive, his loss I say xx

Let him leave and find out she’s actually a 400lb.+ man living in his mom’s basement.

Why is this even a question???

You let that “man” walk out that door and you NEVER let him back in. Help him pack his bags! How far does he think he’s gonna get out of the country paying child support on 3 kids?

You help him pack his bags

Sounds like a loser, let him go! You’ll be better off

And, it probably won’t work out for him lol. That will be his karma. He’s probably getting catfished or something or they want money and think he’s rich

You let that man go. Sometimes the trash will take itself out.

If he’s like that with someone so far away he would probably be worse if they were close. Time to boss up lady even if its the hardest thing ever.

Let that man go, honey trying to hold on is only cause you more heartache. File for custody of your kids, change your locks and start finding yourself again. You may not believe it but it’s probably gonna be the best thing to happen to you. You are worth so much more than to wait around around him.

Let him have his catfish obviously he’s too damn stupid to realize this. He’s probably talking to a guy! Get that man on child support and start living your best life babe

have you ever seen 90 day fiancé?! That stuff is super messy. lol

Let him go u deserve better .

Give him a farewell

Let him go girl! Clearly your better off without him
I know it’s hard starting over and starting at the beginning but trust me in the end it will all be worth it! Know your worth! And know that YOU are worth it, YOU deserve better

Run the piece of crap off and take everything hes got.

My ex husband did that fuckin same thing to me… let him go he’s not worth it. My ex kicked me out of our apartment, while I was 6 months pregnant with our son and I had our 2 and a half year old daughter with me. He’s trash, and now he has a 1 year old with another lady. And hasn’t seen or tried to see our kids since 2015. I’m sorry your going through this it’s the worst, I’ll be praying for you and your babies

Nothing you can do. Just let him go. You are better off without him

2 things. You were snooping and yes they’ll be humping. Welcome to my TED talk 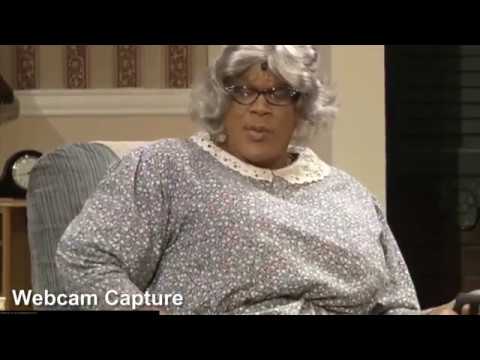 He’s gonna be heartbroken when he goes to meet her and she has a penis and a beard.

Let him go and don’t let him back when he realizes what a mistake he made. You deserve much better

End it. Unfortunately you can’t make someone love you or want to stay so set him free.

Be calm and help him pack. Let him know child support is needed… wish him well. When he comes begging for you back not IF but WHEN do not let him back in.

Pack him a sandwich, change the locks, and find someone better.

Don’t ask the internet what to do that’s for sure. Either have respect for yourself and move on or don’t and live miserably till your kids are older.

Let his ass go… Its probably a catfish he probably talking to another man n dont even know it… He will end up trying to crawl back but double lock that door… Karma will handle the rest.

Let him go, it will short lived but definitely shows he’s not the man for you. Hard situation especially having kids but it will be a good decision for you overall.

Tell him bye. He sounds unstable.

Take him for every penny he has

You do nothing… free him.
Send him on his Jerry way

Pack his bags, open the door and send him on his way, if even buy his plane ticket. If he’s like that then ur better off without him. It’s hard especially wen kids are involved but think wats best for u and ur kids. Xx

Let him go and change the locks.

I’ll bet he’s in for a big surprise

Probably getting catfished… But I let him go.

Bye you sorry POS! You have 3 kids he will have to pay for.

Let him leave, just make sure he knows he’s pathetic when he heads out

He gonna get catfished😂 Let him go!

Let him! If he’s willing to leave you and his 3 kids for a catfish… encourage him! Pack his shit for him.

Let him go, but hand him a custody and child support documents on his way out

Get rid of the bum. However clean out the accounts and get your credit in your name only

She’s probably a guy scamming him

Leave him. Get him on child support and get someone that will appreciate you.

Let him go and get a lawyer

Let him go… If he doesn’t realize how dumb he’s being then you’re better off without him. I’m sorry for his loss… a good thing lost… you deserve much better and more! Good luck…
You know what they say… the grass looks greener on the other side…
he’ll be back begging for you to take him back, please don’t!!

Count your blessings and walk away.

Let that guy go and don’t take him back when he tries to come back. Lol he’ll definitely be back around.

I’ve been in this exact situation before. One day i woke up and my 6 year relationship was being tried by what my ex at the time thought was the love of his life who was a 17 year old girl in California. We were 23 and in Florida. They’d never met but he was “in love” after 2 weeks. I wish I left him then and saved myself the drama of now having a child with him. Leave him. Yesterday. Think about your kids and your happiness. You can do it alone.

P.S. don’t fall for the “I made a mistake in leaving you and the kids”

I’m sorry. Sounds like he’s going through a midlife crisis. Honesty sounds like he’s being scammed. Let him go. Get a lawyer. And never go back to him.

Help him pack and then change the locks

Let him learn his lesson

Let him go
Get a lawyer.

You’ll be ok I promise. It will be hard at first but keep a mindset that trash belongs in the trash and it will not be recyclable . You are stronger than you think

Get a good attorney now!

leave and let it play out for him. Then when he comes crawling back tell him to take his a** back to wherever that person he’s talking to is from

Leave him go bye bye but sort out money for kids before he leaves and make sure you and kids will be ok you guys are the important ones. Sorry to hear this though. You will be ok someone better out there for you hugs

Let him go. He will most likely be destroyed by her & return to you later with remorse. By then you wont care & will likely be connected with a better partner. Rejection is protection.

Let him go. He’s a moron. Get a attorney and get half of everything.

Let him go. Those type of women are just out for their money. I’d get him for child support