Would You Be Okay With Your Man Having a Female Friend? 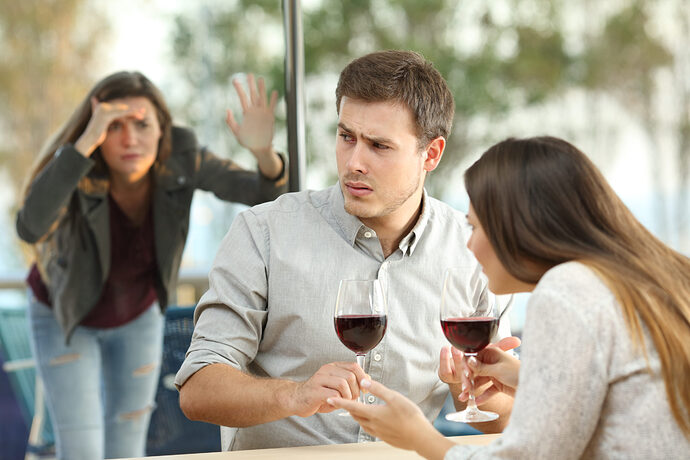 "Can your man have a female friend(coworker) that he talks to daily, not just work? I have insecurities due to being cheated on previously, so I have my guard up, but apparently, she asked him if "I know about them talking a lot? not quite sure how to take that. I want so bad to be ok with them because he seems to like her for a friend, but i can't seem to let myself be ok with it…" 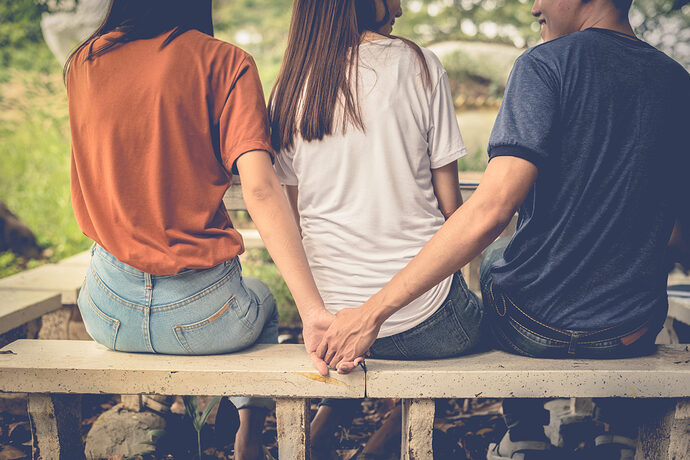 "If she’s only a co-worker they don’t need to communicate outside work. If they were friends already before co-workers, no big deal but if it’s just a female he works with, no it’s not ok. It’s disrespectful to you and he shouldn’t be entertaining conversations with her. Been through something similar, the partner has a different opinion because she’s “one of the boys” but her reactions have shown that she’s one who doesn’t care if his partner is unhappy about it. And no I’m not happy about his opinion either, a bit of a sore subject."

"Personally, I wouldn't be okay with it whatsoever. If it bothers you this much, sit him down and gently talk to him about it. Maybe even show him the message you posted here and wait for his response. Honestly, his response will tell you a whole lot more about who he is and the way he feels about your feelings than anything will."

"If they are both being upfront then they are truly just friends. Humans all make choices and there is nothing you can do to stop that but maybe try getting to know her too then you have more opportunity to assess the situation and you may end up with a friend as well. If you have trust issues you in the wrong relationship. My husband has plenty of female friends as I have male friends you don't choose who your friends are because we all connect with people we are meant to. I trust my hubby 110% as he trusts me 110% of that's not where your level is at then you need to step back and figure out if this is right for you period. Make an agreement like we did if there ever comes a point in time your not happy tell me and we can fix it or move on to other things it's that simple. Set boundaries and if they are crossed then you walk away but if your needs are met and you are happy then stop looking in the rearview mirror at what has happened and look forward to what can be. Every relationship is different but they all take work and sacrifice and if you judge him by your past relationships and hurts your doomed to fail every time he is not your past he is your future."

"No… Does she have a partner as well? Maybe you can arrange for a double date etc. but that’s not the vibe I’m getting. If they are talking so much that she has to ask if you know about it that seems like a red flag right there. Why wouldn’t he give her your number and suggest you two be friends as you are both women? Seems off."

"If he allows you to read the Convo every now and then ("includes you') and if he isn't hiding his phone. It's okay. Just don't put yourself in a situation of anxiety and distrust that it ends up ruining you or your relationship, you are his best friend, and just invite her for a coffee, if he refuses then you have all the right to ask but why? Literally, allow him to have a friend but he has to be honest with you at the same time and willing to compromise. Both ways actually."

"Hang in there girl, I’ve had a few men cheat, and I’ve now found a very good man, and thank the Lord he has hung in while I learned to trust again. Not saying that those feeling doesn’t slip up from time to time but a lot better. We’ve just had our sixth year together."

"It should not happen. Work is one thing, but being married, he needs to guard his heart. It really isn't right."

"If there is no trust then do you really have a relationship? If someone is going to cheat they will do it no matter the circumstance. That’s just my opinion."

"Well, it depends. My best friends were always guys. But, if you as a partner are voicing reservations, then your partner needs to take action."

"She may have only asked if you knew because she genuinely wanted to be nice, and make sure it was ok. She probably doesn't want issues, and being accused of anything. Especially if nothing is going on.. the issue is not a friendship between a male, and female, but the insecurity in the relationship."

Would you be okay with your man talking to a female friend all the time? Relationships

Can your man have a female friend(coworker) that he talks to daily, not just work? I have insecurities due to being cheated on previously, so I have my guard up, but apparently, she asked him if "I know about them talking a lot? not quite sure how to take that. I want so bad to be ok with them because he seems to like her for a friend, but i can’t seem to let myself be ok with it…

This article is sexist and misleading. Gender is irrelevant to personal character and integrity. Both genders can cheat or stay faithful. What matters is individual choices, mutual respect and trust. Being open and honest. We all face temptation and behavior choices. Workplace or anywhere else, we interact with others of both genders all the time. Cheaters will cheat, regardless of the situation. Honest and Faithful won’t. It’s that simple.